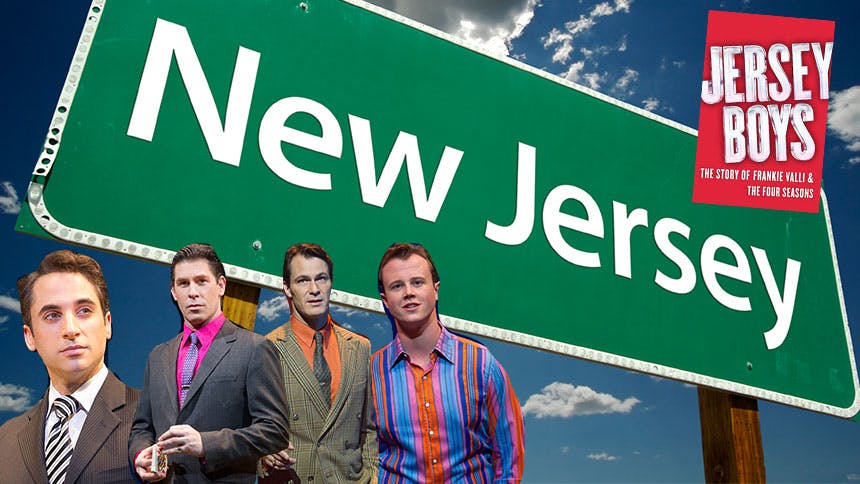 . We’re giving away a major Jersey Boys prize pack and two free ticket vouchers to see the show at the August Wilson Theatre in New York City to the person who makes the winning video.

Here’s how it works:

We want you to submit a video on our Facebook page (www.Facebook.com/BroadwayBox) of you performing Tommy DeVito’s opening monologue from the show in your best New Jersey accent. The video must be posted on our Facebook page with the hashtags #JerseyBoysPrize and #Contest from October 15 through October 29, 2014.

Jersey Boys’ current Tommy DeVito, Richard H. Blake, will pick the winner in a video that will appear on BroadwayBox Daily Scoop on November 17, 2014.

Videos will be judged on accuracy and originality. The monologue you need to perform is included below and the video underneath is a quick tutorial on how to make that legit Jersey accent really pop. Please click here to read the full contest rules.

That’s our song. ‘Oh, What a Night.’ ‘Ces Soirees-la.’ French. Number One in Paris, 2000. Ten weeks. Not bad for a song from thirty years ago. Our stuff’s all over- radio, movies, commercials even. Look, I don’t wanna seem – you know – ubiquitous – but let’s face it – we put Jersey on the map. But I’m getting ahead of myself. You wanna begin at the beginning, I’m the guy you wanna talk to, because this whole thing started with me. Tommy DeVito, Belleville New Jersey. Of course, certain individuals aren’t crazy about living in a state where you have to drive to a landfill next to a dump next to a turnpike to cheer for a team that’s from New York anyway...so it’s only natural to want something better. If you’re from my neighborhood, you’ve got three ways out: You could join the army. You could get mobbed up. Or – you could become a star. Have your songs played in France. It could happen. It did happen.


Good luck! Looking forward to seeing those videos on our Facebook wall from October 15 through October 29.

NO PURCH. NEC. U.S. & DC residents, 18+. Void outside U.S. and where prohibited. Ends 10/29/14. For Official Rules and details, visit http://www.broadwaybox.com/contest/jerseyboys