Explore the Out of This World Costumes of Bedbugs!!! The Musical Star Tracey Conyer Lee

Everyone is talking about the new off-Broadway musical Bedbugs!!!, a modern rock musical about a killer strand of bedbugs that take over New York City. #EveryNewYorkersWorstNightmare. Tracey Conyer Lee, one of the show's hilarious stars, agreed to bring BroadwayBox backstage for a closer look at the creative costumes she wears throughout the show.

In my cast I wasn't chosen because I have the most elaborate, most exciting or most glamorous costumes. That honor would go to any of our 3 leads who have at least one jaw droppingly special look. I, however, am the cast member with the most quick-changes in the show. I don't have a large number of different costumes either. I go back and forth between three main characters repeatedly and often, sometimes embodying all 3 inside of one song. But each of these characters has an evolving "look" as the story continues to unfold. That said, a major part of my characters' "looks" is the hair and makeup design. 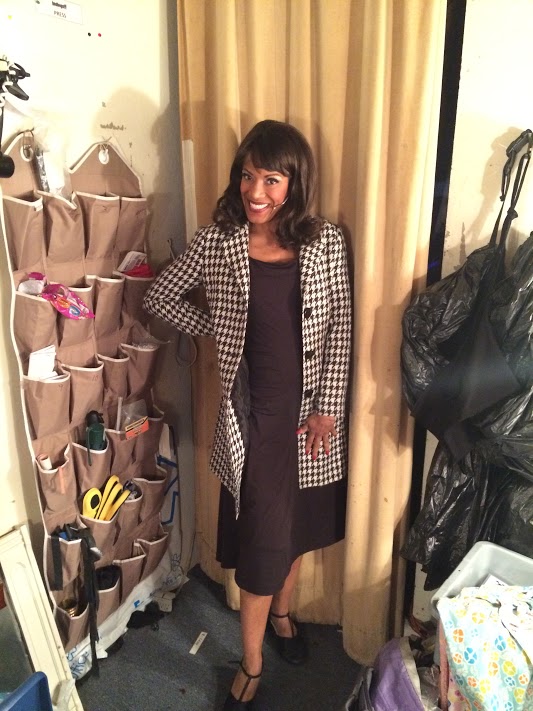 It’s the only time she gets to look pretty. I’m glad her solo comes near the top of the show!! 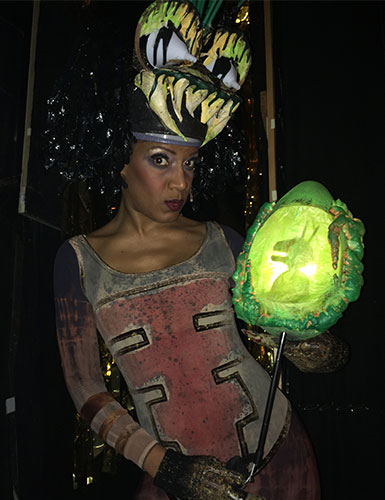 And an up close look at what that cute egg grows into. 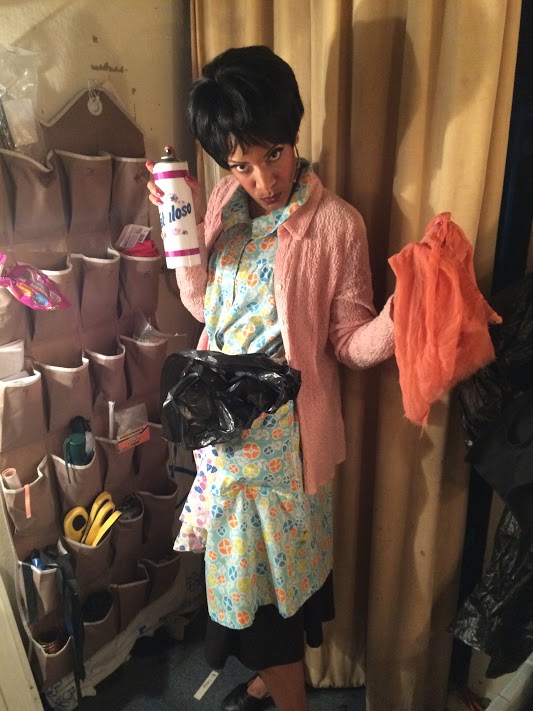 Consuela is an Upper East Side maid who lives in Queens. What you need to know is underneath the housedress and apron, which is underneath the sweater, is Belinda’s dress and, underneath that, the full bug costume. Four layers of three people and I’m about to perform an up-tempo quartet where I have a dance break. The people who wash these costumes are saints. 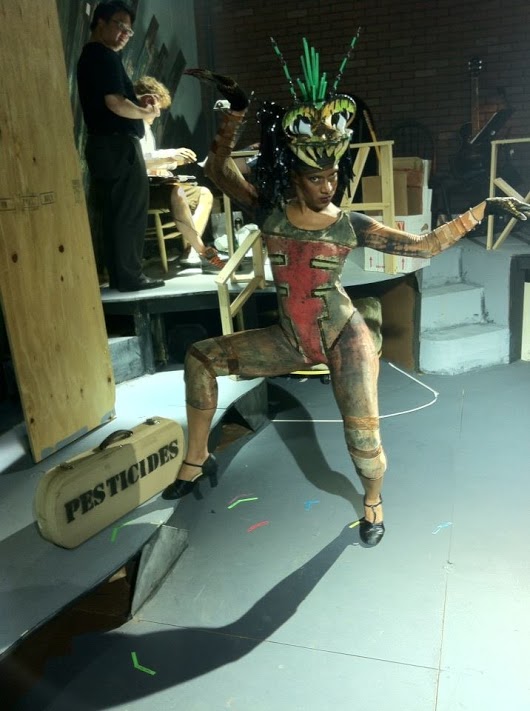 By far the most comfortable costume I’ve worn in years. Everyone was mortified by the fact that we were going to be spanx-less in unitards, but the designs are so strategic and clever, everyone looks hot hot hot!! There are some sexy bugs in the Arclight. 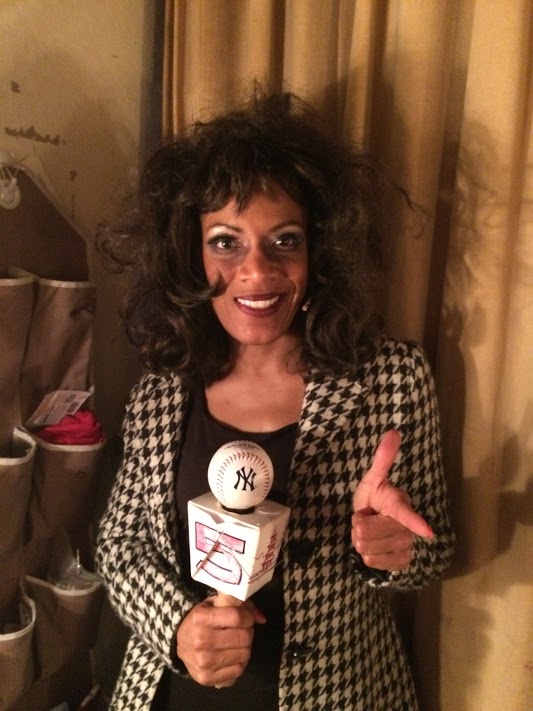 I love adding just enough to make the audience wonder if I didn't have time to comb my wig in the quick change. In reality ratty pieces get added with each appearance. Hopefully the dark circles under the eyes clue them in. 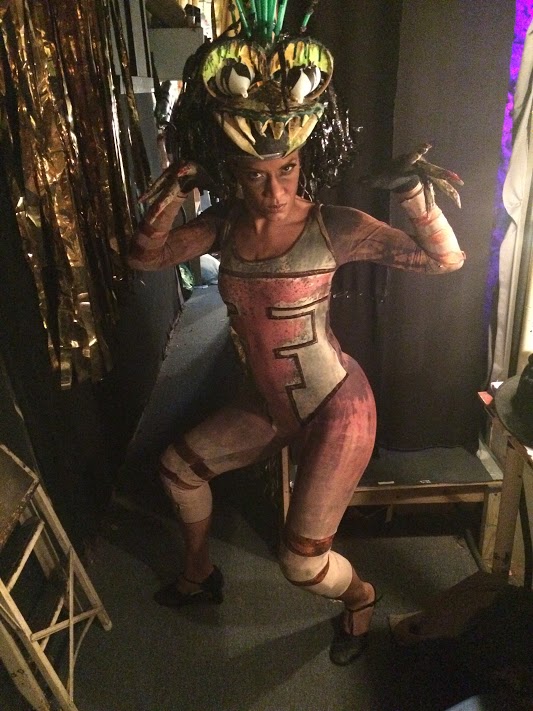 My favorite costumes in the entire show are those of the 8 bugs (especially the king & queen). Each costume is so inventively stunning and whimsical and special. My unitard is actually the most basic of the bunch as it has no three dimensional elements, but as fabulous as it is, can you imagine what the others look like? 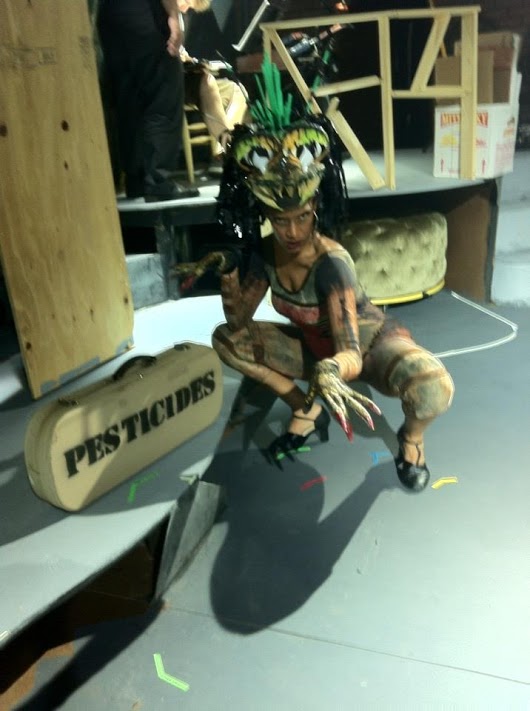 My bug helmet, however, is a cast fave. Each bug head is made out of found objects (kitchen utensils, tools, garbage) and mine is a combination of funnels, straws and the film from a bunch of old VHS tapes. You'd be surprised how heavy that film is when you're whipping it back and forth. I had to get a haircut during tech. 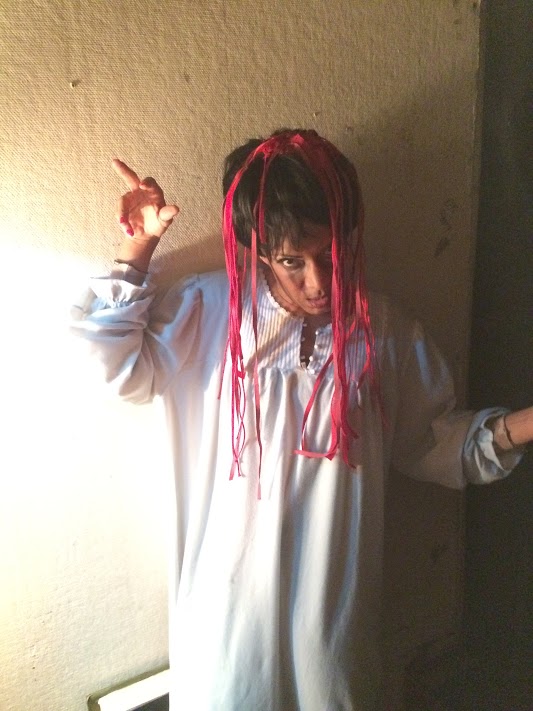 Consuela meets her demise wearing her nightgown and robe which are changed into and out of too fast to capture on film. Here her spirit comes back to haunt our heroine. When I saw the cute barrette they said was going to represent blood I thought...lame. But it does wonders under the lights. You gotta come check us out to see that. 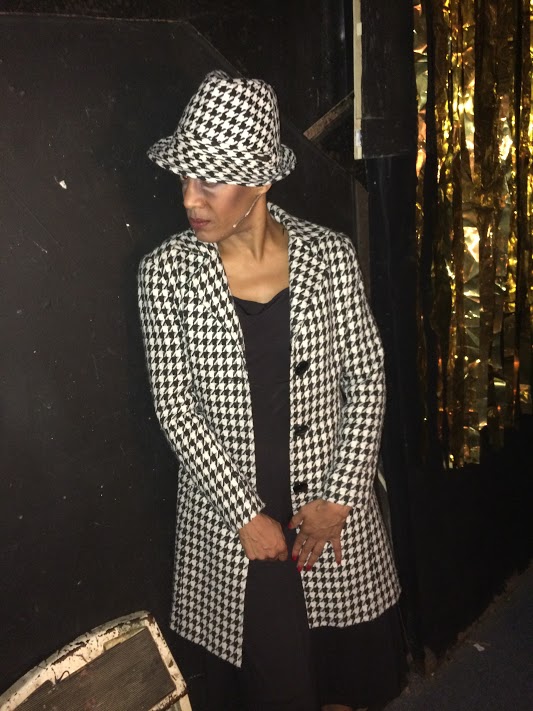 The makeup has gotten to that near death look here, but that hat keeps me fabulous! 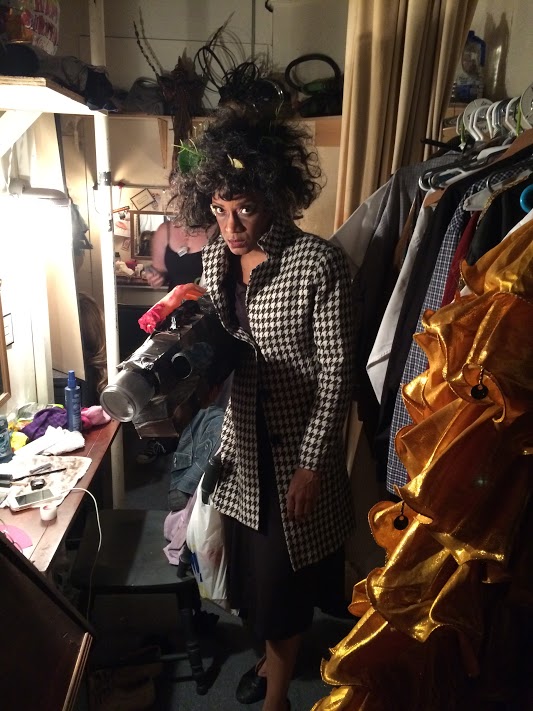 The leaves are my favorite part of this look, although I feel like I got dropped out of Dorothy’s tornado into a bug filled oz.

See Tracey Conyer Lee and her many quick-changes in the off-Broadway sensation ‘Bedbugs!!!’ at the ArcLight Theatre.