Colleen Ballinger Talks Her Connection to Waitress, Her Early Days as a Renthead, & Bringing Miranda Sings to NYC 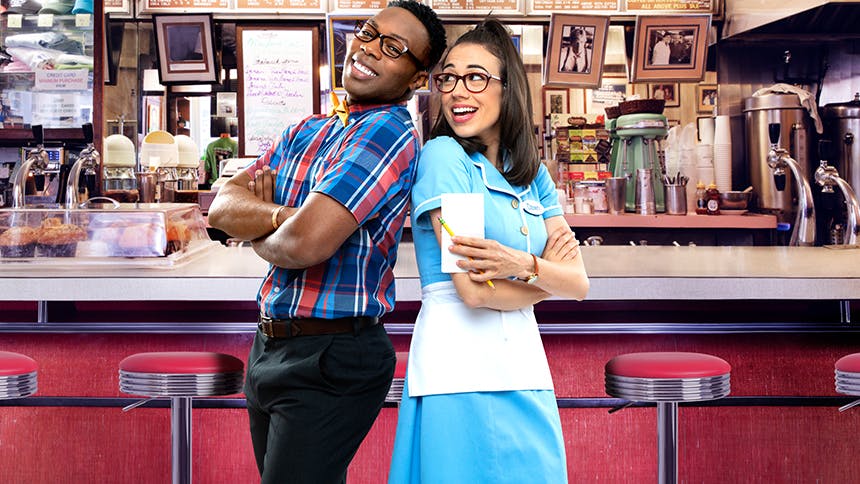 
BroadwayBox recently caught up with Colleen to talk about her connection to the Waitress lyrics, making her Broadway debut, her love of reality TV, and bringing Miranda Sings to NYC.

1. What’s the best piece of advice you've received about making your Broadway debut and who was it from?
Probably my husband. My husband said, "This is fun. Have fun." Because I kept talking about how nervous I was and how scared and anxious I was. So, to have him then constantly telling me, "Hey, this is fun; this is your dream; this is where you belong."

2. What was the first musical that you became truly obsessed with, and what do you think spoke to you about that show?
So many shows—it's hard to think of the first one. I really loved Rent. I think that was the first show that as a teenage 14-year-old musical theatre lover I was like, "Oh my gosh, this is so edgy." I felt so cool loving Rent. I've been loving theatre since I was a little, little girl, but I think that's the first one that made me feel a certain way. That really got me super hooked.

3. As a new mom, how does the Waitress story hit you differently?
Oh, my God. Going through the script rehearsing, and you're like, "Wow." I can't tell you how much I connect with this show, and with Jenna specifically. I can't even express in words how perfectly the writing and the music and everything just connects so perfectly with being a new mom. The music makes me cry every single time I listen to it. The lyrics—I can't even explain it. Right when I had Flynn, I would just listen to the soundtrack on repeat and cry and hold him—I still do every time we run the show. Every time we get to “She Used to Be Mine” or “Everything Changes”, I just weep. They did such a good job on the lyrics and the music to the show.

4. I love that Dawn is unabashed nerd in Waitress. Tell me something other than Broadway that you nerd out over in your real life.
Well, Broadway. You just said other than Broadway, but that's the biggest thing. I nerd out over my son big time, and garbage, reality television.
Do you watch the Housewives?
I don't, but I need to. Everyone tells me I need to get into the Housewives, and I think I would love it. That's why I've stayed away from it. I think I would become obsessed.
So, what's your guilty pleasure on reality TV?
Oh, man, I love Big Brother so much. I love Survivor and all those Bachelor, Bachelorette, Bachelor in Paradise. I'm very competitive, and I like watching competition shows and geeking out over them.

5. Finally, now that you're here in New York making your Broadway debut, how is this going to affect Miranda? Is she jumping into the Broadway experience?
You’re going to have to wait and see. I'm excited to start filming videos outside in Times Square. Just in the hustle and bustle of the city with the character. I'm going to really have Miranda explore the city. I'm very excited.


Hurry over to Broadway’s Brooks Atkinson Theatre before September 15 to see Colleen Ballinger as Dawn in Waitress.