From “Landslide” to 35mm, Betsy Wolfe Offers a Glimpse Into Her Fun, Personal Concert All Bets Are Off 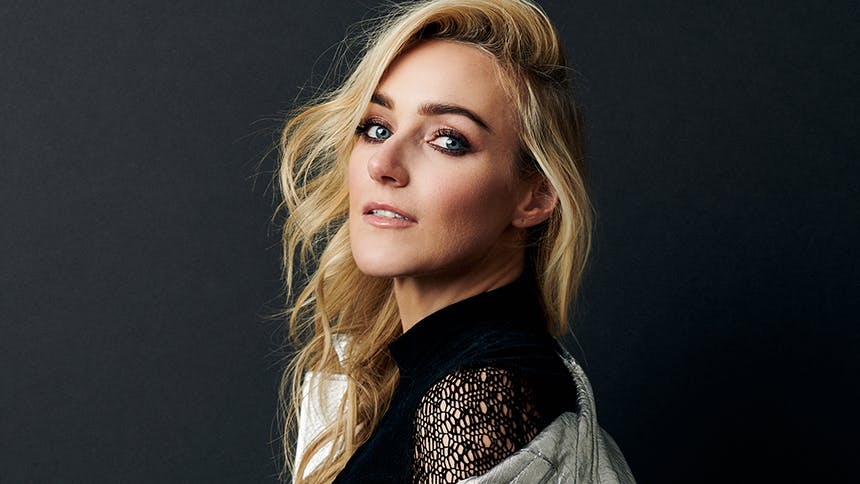 , and it’s sure to be the best part of 2019 so far. One of our favorite Broadway voices will belt the roof off the joint March 6-9, just as she has done in Broadway’s Waitress, Bullets Over Broadway, Falsettos, Everyday Rapture and The Mystery of Edwin Drood. And lord knows, her performance as Cathy in NYC’s The Last Five Years revival was nothing short of epic.


On March 7, Tony nominee Jeremy Jordan joins Betsy onstage, and the two-drink minimum better include an inhaler and oxygen because there’s no surviving those voices together.


BroadwayBox caught up with Betsy to get a sense of what fans can expect to hear during her highly-anticipated solo debut.

1. What was the song you knew had to be in the set list when you conceived the show?
I debuted the show in San Francisco. It was my little out of town tryout, if you will. There was one song I didn’t even think about until the very last minute. I was like, “Oh my god, I have to sing ‘Landslide’!” It is one of my all-time favorite songs. It’s Stevie Nicks, not a musical theatre song, and I wanted to put my own spin on it. The show is fast and furious and (I’d like to think) funny so to have a moment that can sit and resonate makes it really powerful.

2. Which song almost didn’t make the cut here in NYC?
I have this mega Sondheim medley that comes out of this childhood story that I have, and I was worried that maybe it wouldn’t play well, but it played very well in San Francisco. Turns out there are a lot of Sondheim nerds in San Francisco. I just added last minute “On Monday”, which is probably one of the things I am most excited about. I did this cast recording of Ryan Scott Oliver’s 35mm —a show we did for four days in Brooklyn—and it became this cult classic after we recorded. At every single show—I kid you not—at the stage door, without fail, someone will say to me, “I am obsessed with 35mm!" And since I’ve never sung it since I recorded it and since we have the most badass band, we’re doing it and I’m really excited. It’s fun when you get to revisit a song.


3. Speaking of revisiting songs, what moments from your theatre resume did you feel you had to include again here?
I am definitely, definitely going to do “I Can Do Better Than That” [from The Last Five Years]. They will have to kick me out of Feinstein’s/54 Below, because I know there’s another show after me, but I’m going to do my best to squeeze it in.


4. Was there a song you had to completely learn fresh for the concert?
No. I don’t think there’s one song. Either I have extreme familiarity with the music (like songs from Waitress or The Last Five Years) or there are songs that have been cut from shows that I’ve been a part of, like my opener which is one of my favorite songs I sing now. So, there are songs I have sung once in a reading that I’ve had to revisit but nothing I’ve had to learn new. I might try to switch out some songs for the different shows for my repeat offenders.

5. Which song would you use as your personal theme song?
I am hoping this comes across in performance, but there is quite a bit of crossover between the songs I’ve chosen and where I’ve been in my life. The journey of who the hell is Betsy Wolfe?! But I’ve always resonated with “Landslide”. I find the lyrics to be so poetic.

6. What do you think audiences are going to leave your show with?
I think audiences will get to see a truer essence of Betsy. I try to infuse myself in all my characters for sure but I’ve never had the opportunity to just be me. I love to engage with the audience. The banter is really wherever it goes. I know it’s cheesy but all bets are off. You will leave knowing who I am. This is just me in a really sparkly pantsuit backed by a badass band with some new orchestrations.