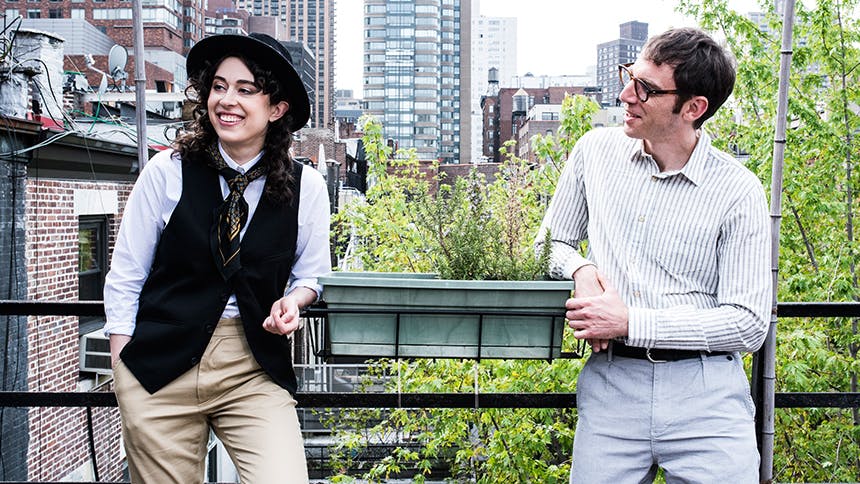 Photographer Jenny Anderson and the incredible stylists Kayla Foster of TriStyle & Julianna Alabado team up with BroadwayBox to present a new photo series in which the breakout stars from Broadway's spring season serve up a modern take on some iconic New York film characters. This week, Adina Verson & Max Gordon Moore, stars of the Tony-nominated Best Play Indecent, take on a classic scene from Woody Allen's masterpiece Annie Hall. 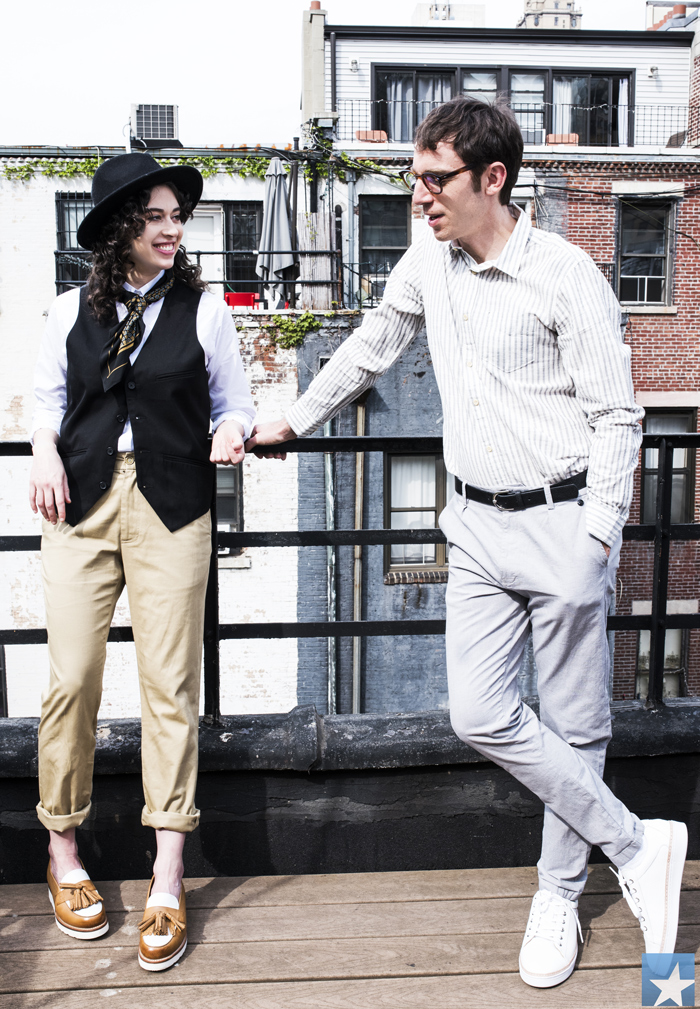 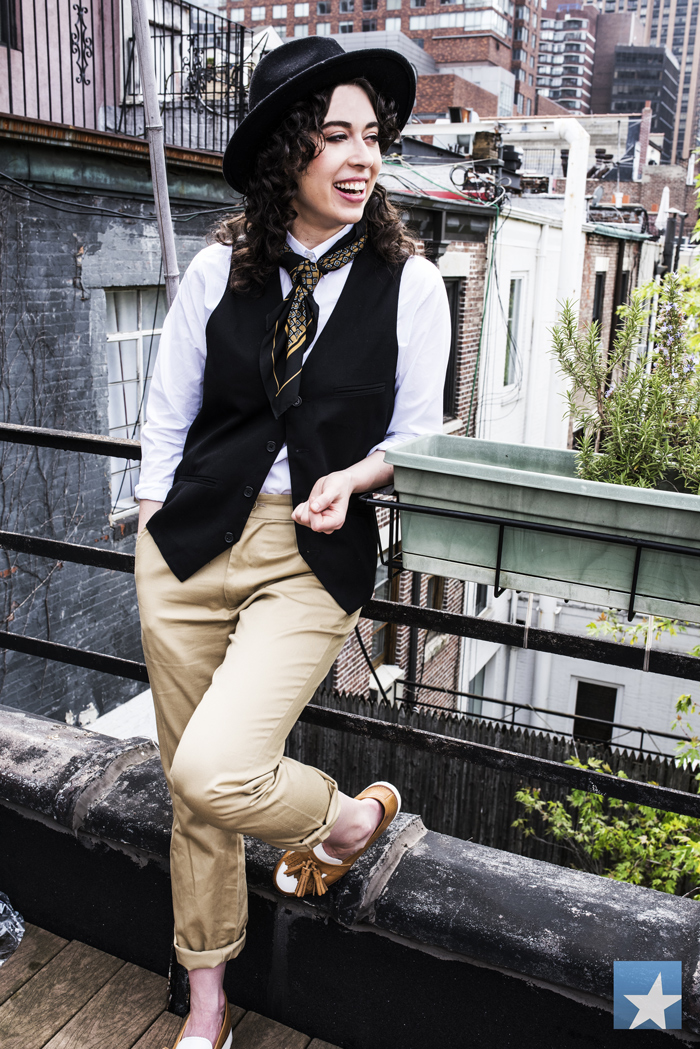 What was your first New York City apartment like?
My first New York apartment was lucky. I had done summer stock right after undergrad and I met a girl whose grandparents owned a building on East 5th Street between 1st and 2nd. It was this little room—my full-sized bed touched three of the walls but it was $700 a month for an East Village apartment. It was amazing.

What was the first show you saw in New York?
When I was 15 I lived in Kansas and my theatre department came to New York to see shows. It was all mapped out—one night at Ragtime, one at The Lion King, etc—and I skipped out and went and saw Hedwig and the Angry Inch. I saw it two nights in a row—I skipped out again. Hedwig was Michael Cerveris and I still have his signed poster.

When you were growing up, what film or TV show did you watch where you thought, “That’s life in New York!”?
Rent. I was a Renthead when I was a kid. Then you see the movie and they are living in this incredible 3,000-foot abandoned loft, and it’s such a lie.


What was your first New York City apartment like?
My first New York apartment was in Park Slope, Brooklyn. It was a two bedroom with three people in it. I and the woman who was eventually to become my wife were roommates in one room with a sheet hanging through the room to create some semblance of privacy. We lived like that for two to three months. It was like It Happened One Night.

What was your best New York City apartment like?
The best apartment I ever had was Columbia married student housing. It was right on 125 and Riverside. It was like you walked out into Woody Allen’s Manhattan. One of those Nancy Meyer movie apartments.

When you were growing up in Seattle, what film or TV show did you watch where you thought, “That’s life in New York!”?
It was combination of Woody Allen’s movie Manhattan —which I saw before I could fully understand why that old man was going out with a such a younger girl but I loved the way it looked—and the first Teenage Mutant Ninja Turtles movie. I thought, “Oh cool! Steam is always coming from the sewers.” Then when I came for my first visit in high school and steam wasn’t coming from the sewers, I was a little disappointed. But I got to see my first show, Kiss of the Spider Woman with Chita. I was just amazed. 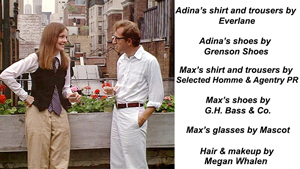