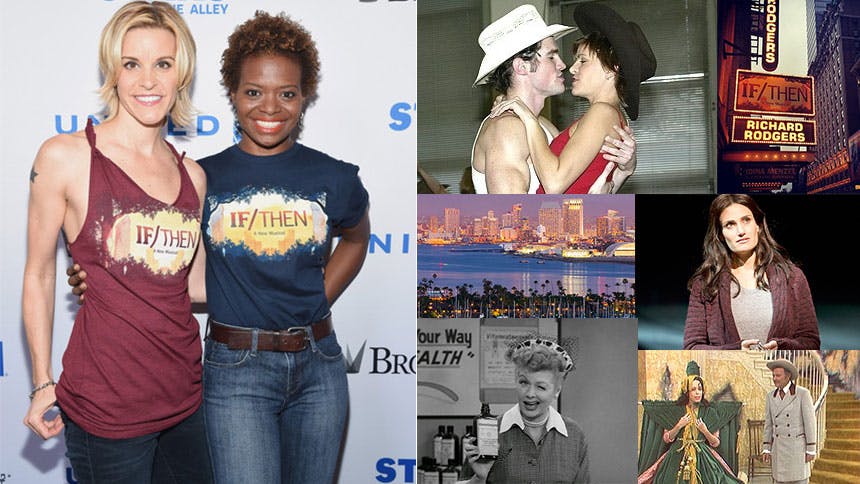 Theatre favorite Jenn Colella always delivers insane vocals and an abundance of charm (Chaplin, High Fidelity, Urban Cowboy, Closer Than Ever), and her latest Broadway gig in If/Then is no exception. Jenn plays Anne, the longtime girlfriend of LaChanze’s Kate, in the thrilling new musical about the twists and turns life takes and how one small decision can change it all. Below, we play a little game with Jenn in which we imagine seven different “if/then” scenarios.

1. If I picked up and moved to a brand new city, then I would live in:
Los Angeles or San Diego, because Cali is magical.

2. If I stayed with my first love, then I would probably be:
Straight, married and a mom. (Whew.)

3. If I had not played ____ role then:
If I'd not played Sissy in Urban Cowboy, then I wouldn't have met Jason Robert Brown, Lonny Price and Tom Kitt, three men whom I deeply love and admire.

5. If I had to switch parts with any woman in the show, then I’d be going on for:
Idina, because I'm her understudy.

See Jenn Colella sing her face off at the Richard Rodgers Theatre in ‘If/Then.’