5 Reasons To Run and See Stalking the Bogeyman 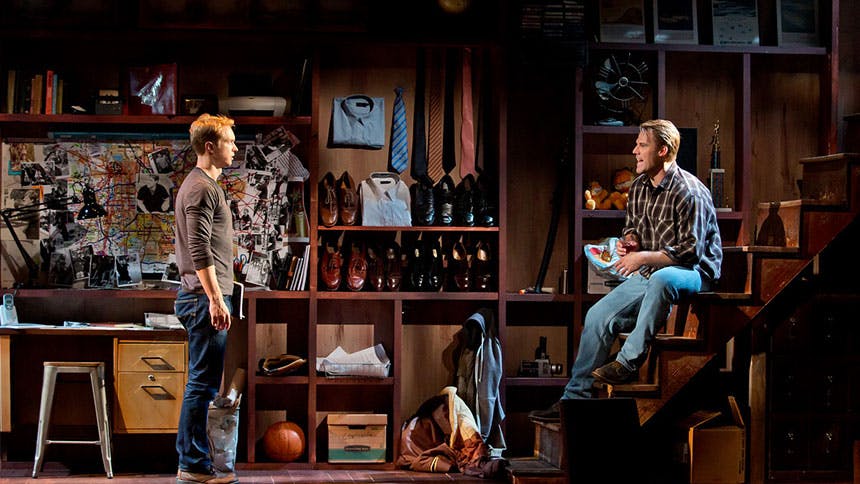 Okay, let’s get this out upfront: Stalking the Bogeyman is not The Sound of Music or The Book of Mormon; it’s not this fun, light show you can sit back and enjoy, however, it is one of the most powerful and gripping pieces of theatre you will find anywhere in New York. The new off-Broadway drama is based on David Holthouse’s real-life plan to kill his former next-door neighbor, who violently raped him as a child. It’s undeniably heavy, but here are five reasons why you need to take a chance, get yourself to New World Stages and see it anyway.

1. The Performances Are Stellar

Given the subject matter, a single disingenuous performance would throw the whole thing off, but here you have six actors working at the top of their game. Roderick Hill (best known for off-Broadway’s Unnatural Acts and a stint on HBO’s Newsroom) is nothing short of incredible as Holthouse—a real breakout performance. Erik Heger is captivating as his abuser, and Kate Levy has a really phenomenal scene as Holthouse’s mother.

2. Stalking the Bogeyman Keeps You on the Edge of Your Seat

Roderick Hill in 'Stalking the Bogeyman'

The 85-minute one act flies by as Stalking the Bogeyman twists and turns through the decades and throughout different locations. Packing so much meaty drama into such a lean running time means there’s never a dull moment.

Murphy Guyer and Roderick Hill in 'Stalking in the Bogeyman'

Given the subject matter and the performances, there’s no way Stalking the Bogeyman isn’t going to engage you well beyond the final blackout. This isn’t an easy play to forget.

4. The Set Is Superb


Arrive early so you can really take a good look at David Goldstein’s complex and fascinating set design, because once the action starts you’re not going to tear yourself away to fully appreciate all that’s going on with it.

5. It’s What Off-Broadway Is About

Roderick Hill and Erik Heger in 'Stalking in the Bogeyman'

With the commercial Broadway landscape being as it is, Stalking the Bogeyman is the kind of haunting drama you can only find off-Broadway.

Stalking the Bogeyman
Hot
Best Priced Tickets
Newer
Freak-ing Amazing! Side Show Is Nailing Their Broadway Teasers
Older
7 Shows the Birthday Boy and Girl, Ramin Karimloo and Stephanie J. Block, Can Do Together