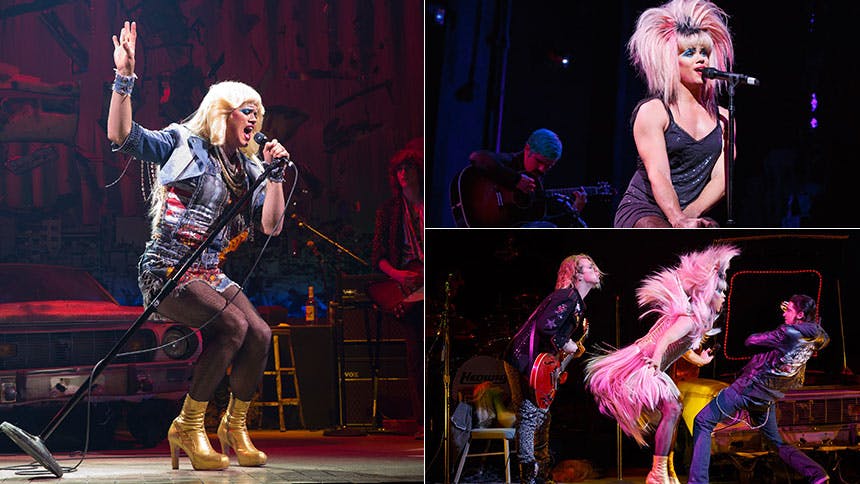 Remember back in 2010 when mega star Catherine Zeta-Jones exited A Little Night Music after winning the Tony that year for her performance, only to be followed by Broadway icon Bernadette Peters giving you everything you could have wanted and needed, plus more?

Well, the exact same thing is happening over at Broadway’s Hedwig and the Angry Inch. After a legend-ary run, which included taking home this year’s Tony Award, Emmy winner Neil Patrick Harris hung up his heels, and his replacement, Tony-nominated Book of Mormon star Andrew Rannells (also known for Girls, Hairspray, Jersey Boys and The New Normal), is giving a perfect performance that everyone needs to run back and see. Without giving too much away, below are just five of the times Rannells’ Hedwig completely blew our minds—we are talking laughter, tears, cheers, the whole thing.


When the light hits Andrew on the car as he begins “Wig in a Box,” you will get chills. It sits perfectly in his voice. Then he rides that wave all the way to “Wicked Little Town,” when audience members all around started getting choked up.


One of the challenges for actors in this role is that you don't just play the trans rocker Hedwig, you also play her superstar soul mate Tommy out of drag; and it’s a wonder to watch Rannells fluidly move between the two. You’ll need smelling salts for those last three numbers.

3. The “I Will Always Love You” Monologue

Rannells shines in all the book scenes, but he really knocked us out cold with this scene in the trailer with Tommy and the eyebrows and Lena Hall belting for the gods. Out cold.

4. His Quiet Moment in the Background During “The Long Grift”

It’s such a quick thing, so small really, but to watch Andrew’s Hedwig take the background for that brief moment is just incredibly powerful theatre.


Andrew’s Hedwig is a riot; she’s gritty and downtown still and her humor is wicked. You knew the consummate awards host Neil Patrick Harris would shine with the Hedwig/audience interactions, but Andrew’s Hedwig is the kind of girl you just want to be friends with…if only you were cool enough.

Andrew Rannells stars in ‘Hedwig and the Angry Inch’ at the Belasco Theatre through October 12, 2014. So hurry over!