From Alysha Umphress to Twiggy: 6 Absolutely Delicious ‘I Can Cook Too’ Videos 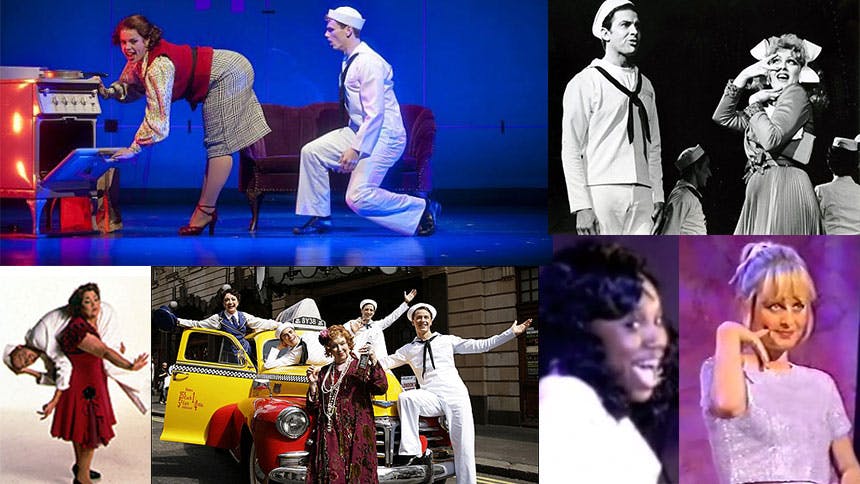 The big Broadway revival of On The Town finally begins performances on September 20 at the Lyric Theatre, and we can hardly contain our excitement. The show has so much going for it: three adorable sailors, beautiful ballet pieces, comic great Jackie Hoffman and most of all, the sexy and funny showstopper “I Can Cook Too.” Lucky for us, we live in a time where this big brassy number is performed by none other than the wildly talented Alysha Umphress—already making the moment a high point of the fall Broadway season. (No pressure!) Just take a look at how killer Ms. Umphress and Jay Armstrong Johnson were in rehearsal.


Come on! How great was that?! And now the song is stuck in your head, so you’ll need to satisfy that craving by seeing it live; but until then, check out five other divas putting their own stamp on “I Can Cook Too.”


Orange Is the New Black’s Big Boo, Lea Delaria served Modern Family’s Jesse Tyler Ferguson a generous helping of seconds and thirds in the last Broadway revival. Get it, Boo.


Broadway great Bernadette Peters is another actress who played saucy cab driver Hildy Esterhazy in a Broadway production of On the Town. She starred in the 1971 revival and clearly memorized the whole darn thing, because this medley covers the waterfront; the number we are looking for begins at the 4:45 mark (look at those hips swerve!) or click here for just the audio of her whole performance.


Fashion model, Tony nominee and underrated America’s Next Top Model judge Twiggy gave the song a whirl in 1995, and it’s so campy, it’s wonderful. It's a tie between the costume and the choreography for what the best part of the video is. #GodBlessthe90s.


Next up is that Olivier-nominated, Australian treasure Caroline O’Connor, famed for her scene-stealing moments in Moulin Rouge and De-Lovely and several fabulous YouTube bootlegs. The thing that’s great about her Hildy is how physical it is. She makes the best of every inch of that small apartment; it's like watching Mimi Marquez in “Out Tonight.” And the props—Ms. O’Connor has got props…and a big belt.


We actually don’t know who this Hildy is, but this video is amazing, if not just for the choreography moments between seconds 19 and 24. She’s sassy and energetic, and she’s the perfect sweet dessert to this “I Could Cook Too” meal we just served.

See Alysha Umphress cook up a showstopper in ‘On the Town’ at the Lyric Theatre.

On the Town
Best Priced Tickets
Newer
7 Shows the Birthday Boy and Girl, Ramin Karimloo and Stephanie J. Block, Can Do Together
Older
Zack & Kelly 4Ever! Get to Know Bayside! The Musical!'s Real-Life Couple Sam Harvey & Katie Mebane
Sign up for BroadwayBox Discount Alerts