Hot Clip of the Day: Jodi Benson's "Disneyland" Is Carrying Us Away with Ashman's Lyrics 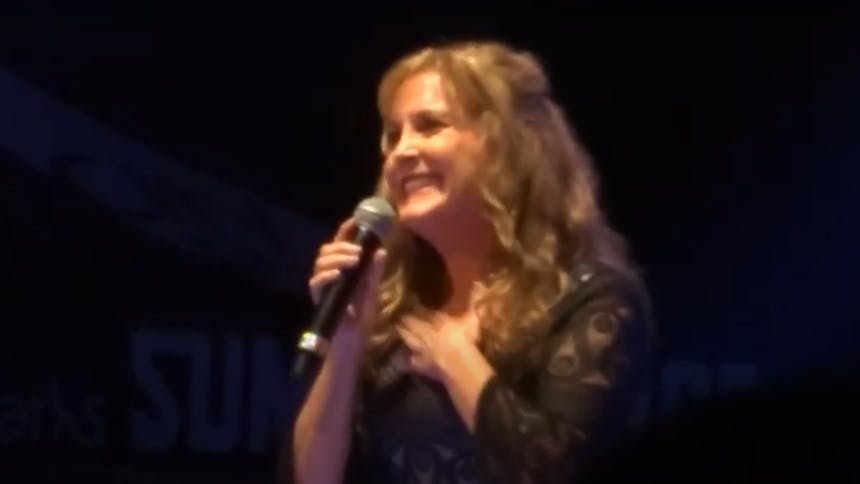 
Ulterior Motives: The Howard Ashman Celebration, a Broadway Cares/Equity Fights AIDS benefit, will be broadcast on Rainbow Sun Productions' YouTube Channel beginning May 20th (at 6pm EST) through May 31, 2020. The event is being broadcast in celebration of what would have been Howard's 70th birthday, as we lost this multi-award winning Disney Legend in 1991 due to AIDS. Howard's work in entertainment was so vast including his writing partnership with Alan Menken on iconic pieces such as Aladdin, Beauty and the Beast, The Little Mermaid and Little Shop of Horrors.

An outstanding cast, including John Tartaglia (Avenue Q, Johnny and the Sprites), Christy Carlson Romano (Disney Channel's Even Stevens, Broadway's Beauty and the Beast), and Bradley Pierce (Beauty and the Beast, Jumanji) along with many others will be gathering to share songs, interviews, and details on Howard's life and work.

One of the bright shining stars also included in the event is Miss Ariel herself, the magnificent Jodi Benson (The Little Mermaid, Smile). Our Hot Clip features a song from the short-lived 1986 Broadway pageant musical Smile which had a catchy score by Marvin Hamlisch and lyrics by Howard. Jodi is so synonymous with "Part of Your World" however this jewel of a musical theatre song should be celebrated too. She reprised this masterful song at Elsie Fest in 2018. Have a listen to Howard's beautiful and thoughtful lyrics.

Ultimate 🙌 🙌 moment: Jodi is such an expert storyteller. She has expert vocals to match. At 2:29, after the audience is so invested, she unleashes this gorgeous Broadway belt on "in the air" and the song flies from there. Her vocals are so so great and at not one single moment does she drop her commitment to the storytelling. Bravo Jodi!