10 Current Broadway Replacements Who Deserve All the Awards 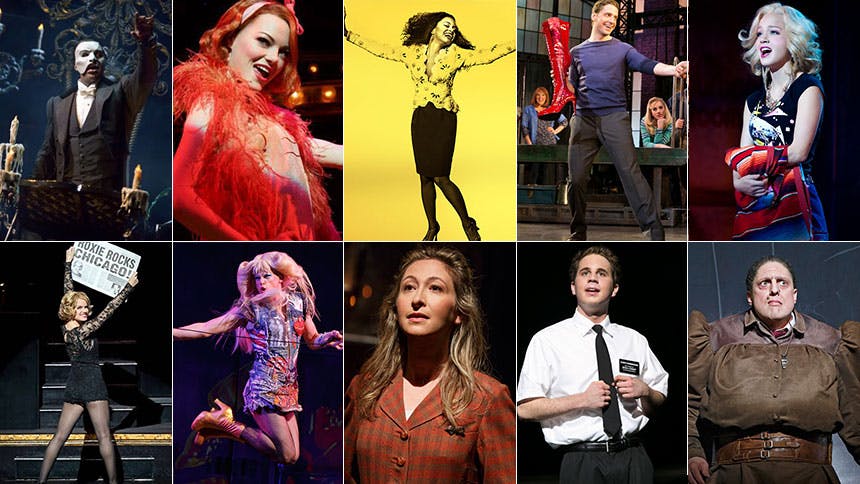 Broadway is preparing to welcome two big-time replacement stars to the boards: NeNe Leakes in Cinderella and Grammy winner Sting in his musical The Last Ship.

But the bummer about replacing on Broadway is that even when you give an amazing, game-changing performance, you’re ineligible for any big awards and your performance is rarely re-reviewed by fancy outlets like The New York Times; so the only way these sensational replacement performances live on in their rightful infamy is by word of mouth, illegal YouTube videos and a BroadwayBox list about 10 replacement stars who are just killing it.


She’s sweet as sugar when teenage Diana and then she’s all the diva you’ve ever wanted and needed as superstar Di. (Not to mention the uncanny resemblance.) You’ll hear a symphony.

Jessie Fisher as Girl in Once


Quirky and lovable, Fisher makes you completely understand why multiple strangers fall in love with this girl almost immediately and why they make major life leaps at her suggestion. Her chemistry with the equally wonderful Paul Alexander Nolan is off the charts.

Michael C. Hall as Hedwig in Hedwig and the Angry Inch


We may never see David Bowie as Hedwig, but we can see Michael C. Hall and that’s pretty darn close. His Hedwig has this androgynous sexiness about him, he’s got a velvety glam rock voice that helps the score soar and he nails the emotional core of the Tony-winning revival.


Kinky Boots star Andy Kelso has created a relatable character you want to be friends with. His Charlie is super personable, and you simply can't help but root for him and his love story with Lauren. And child, that "Soul of a Man" is a highlight of the night.


Damaged, intriguing and spellbinding, Norm Lewis’ Phantom makes the musical’s love triangle really take shape. You can understand why Christine is so taken with him and why everyone else fears him. Also, Lewis’ voice on that score is just heaven.

Ben Platt as Elder Cunningham in The Book of Mormon


Ben Platt manages the ultimate Mormon miracle: he makes you completely forget the role’s originator and the Elder Cunningham template you thought you knew. Platt is hilarious and totally lovable, which turns the character from an ongoing punch line into an endearing teenager. He and mission buddy Nic Rouleau are manning up big time.


Christopher Sieber makes a meal of the wicked head mistress. It’s also an exercise in a great comedian’s ability to restrain yet entertain.


No joke, don’t miss the chance to see Amy Spanger as Roxie Hart. Her performance on the number "Roxie" is pure genius. She may be leading Broadway’s second longest-running show, but her performance is a fresh as opening night.


Want to see fireworks in winter? Then head over to Studio 54 to catch the Broadway debut of film star Emma Stone. Her super confident, super sexy Sally Bowles is really remarkable. In her hands "Maybe This Time" and "Cabaret" are as powerful as they’ve ever been.

Lauren Zakrin as Sherrie in Rock of Ages


It’s almost unfair to pick just one Rock of Ages star because the closing cast is PERFECTION (Constantine, Frankie J. Grande, Chester See, Genson and Adam). That being said, Lauren Zakrin’s Sherrie is one of the best yet. She is in on the joke but the performance is totally sincere. Also, her voice just does not quit and hearing her and Constantine sing together is an event in itself.

These dynamic 10 deserve to be seen live by you, so get on it!

Chicago
Discount up to $60