10 Contemporary Musical Theatre Songs You Should Be Listening To 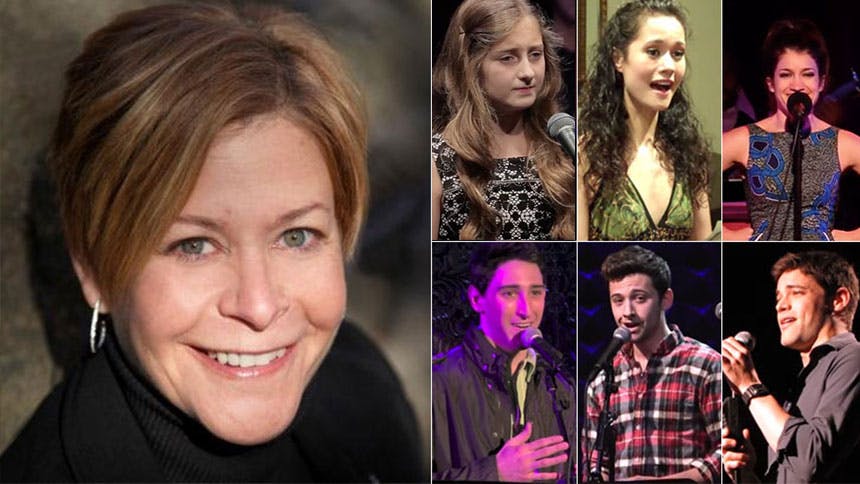 You’ve had Hamilton playing non-stop on your iPhone, right? Hey, why wouldn’t you? It’s a revolutionary show. But if you’re developing a yen for something new (to you), we have ten great recommendations.

My name is Laura Josepher and along with my business partner, David Sisco, we run ContemporaryMusicalTheatre.com, the largest online database of contemporary musical theatre writers and songs. We represent over 150 writers and 450 songs, searchable by voice and song type. So, we’ve discovered some amazing new songs you might not even know about yet, but should. Like these 10 songs:


Music by: Rona Siddiqui. Lyrics by: Laura Kleinbaum
This song is comedic gold, even more so now that we’re officially in an election year (God help us all…). If only Trump were this ironically funny…


Music by: Tim Rosser. Lyrics by: Charlie Sohne
Who doesn’t love a sweet duet about burgeoning gay love? This song is able to use contemporary musical and lyrical styles without being ironic.

"If The World Looked Like You" (Performed by Jeremy Jordan)


Music & Lyrics by: Will Reynolds
We haven’t yet discovered a style of music in which Will Reynolds can’t convincingly write. This romantic pop rock song is a really great showcase for a belt tenor.

"It Could Totally Happen" (Performed by Ben Fankhauser & Hannah Elless)


Music by: Daniel Acquisto. Lyrics by: Sammy Buck
In their musical adaptation of As You Like It called Like You Like It, writers Sammy Buck and Daniel Acquisto find their modern day high school students Rosalind and Orlando meeting in a mall in this pop rock duet.


Music by: Danny Larsen. Lyrics by: Michelle Elliott
If you’re looking for a unique and moving web musical series to watch, look no further than Michelle Elliott and Danny Larsen’s stunning The Hinterlands. The story— about a young gay teen struggling to be himself in a rural town—and the songs in it are well worth your time. Check out the first episode here.


Music & Lyrics by: Alex Ratner
We’re constantly adding exciting new writers to our site. Alex Ratner is one of our latest additions and this exciting song is about a young man ready to “get out.”

"Moments of You" (Performed by Jason Forbach)


Music by: David Sisco. Lyrics by: Tom Gualtieri
I’m a little partial to the music of my frequent collaborators, David Sisco and Tom Gualtieri. This is a haunting song about trying to get back to normal after a break up.


Music and Lyrics by: Timothy Huang
Timothy Huang's song “Never Knew” from his song cycle Lines is a legit ballad about a young woman lamenting her lost relationship with her mother now that she is a mother too. Each verse is a summary of a photo she’s looking at.

"Will You Know Me?" (Performed by Morgan Billings Smith)


Music by: Frederick Freyer. Lyrics by: Patrick Cook
This is the perfect ingenue song, beautifully sung here by Morgan Billings, who performed it at our launch concert at Second Stage a couple years ago. Patrick Cook and Frederick Freyer definitely know their craft and how to share that knowledge—they’re moderators for the BMI Musical Theatre Workshop.

Here’s the great news: all of these songs are available for purchase on ContemporaryMusicalTheatre.com. We just launched a new storefront that allows our subscribers to purchase songs directly from the writers and download it on our site in minutes. Unlike any other website, we give writers every cent of their sale price. Seems only right to us.

So, come check us out and support these amazing writers. You never know—they may write the next Hamilton.