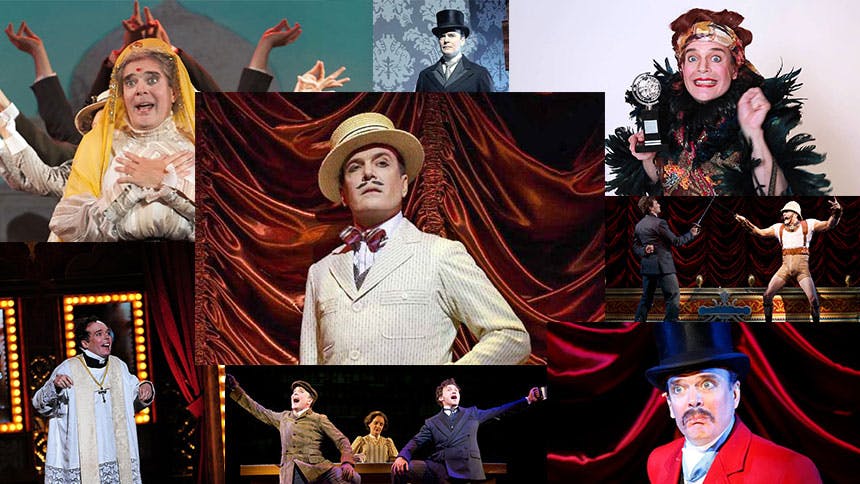 Below, BroadwayBox ranks the eight D’Ysquith deaths from least satisfying to most.

With all this murder, a death from natural causes seems such a let down.

Granted Adalbert took the longest to die, but his second act death by poison can't compete with some flashier ones down the line.

Lady Salome is great, and if the death happened on stage, she'd be way higher on the list; but since her tragic shooting with a prop gun happens offstage, she's here.

Not gonna lie, she's here 'cause her song is so damn good. But her death is also offstage.

Was it the obscene codpiece? Was it the beheading by dumbbell? Who could tell, but take away is that something about this death got a HUGE laugh and made it super memorable.

Jefferson Mays' prolonged drowning scene is a highlight of Gentleman's Guide and a testimony to his comic skill.

Henry D'Ysquith is the most tragic death by bee sting since My Girl's Thomas J., but my gosh is it pure perfection.

You never forget the first, which is why GGLAM's first homicide reigns supreme—also the projection work behind Jefferson Mays as he plummets sure helps.

Final weekend to see 'A Gentleman’s Guide to Love and Murder' at Broadway’s Walter Kerr Theatre.

A Gentleman's Guide to Love and Murder
Best Priced Tickets
Newer
Hot Clip of the Day: A Little Hello, Dolly! Moment Brought to You by Tony Winner Carol Channing
Older
Celebrate The Last Five Years on Netflix with A Major YouTube Spiral