Cats Is Back! Here’s the Definitive “Memory” YouTube Countdown 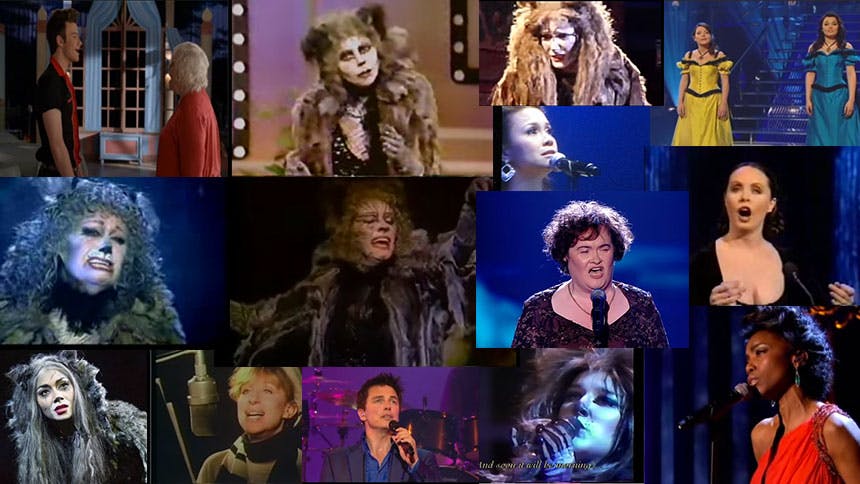 In celebration of the first-ever Broadway revival, this self-professed Cats fan spent an eternity rummaging through YouTube (truly Gus the Theatre Cat was just a kitten when we started) to bring you our ranking of YouTube’s 20 best “Memory” performances. Contestants were graded on phrasing, emotional pain & of course the big “touch me” moment. Updated to include 'Cats' revival star Ms. Mamie Parris.


Ok, this was good and all, but the video really got me. Come on—all those old people. This is what “Memory” is all about.


This Lloyd Webber muse didn’t do it for me. It’s stunning vocally but it’s not “Memory”.


My gosh, this Australian star is stunning and her voice is so clear and strong. I’d love to hear more from her…like the whole big, belty “touch me” section.


I’m betraying the gays (cue Mandy Gonzalez singing “my people” from In the Heights) for the early placement of Babs, but where’s the performance? Where’s the pain?


It sucks that it's only audio but I stumbled upon it and just had to include. Fast-forward to 4:30 and you'll see.


I get it. She’s feeling it and making sure we feel it.


Points for commitment. She’s done Vegas; now does she want to do Broadway? It’s really one song and out.


Susan Boyle gets it.


This current Phantom star slays it!


This girl is a teenager and that makes me feel like Grizabella. But you just wait for how great she is. Like wow.


The phrasing is fab and the way she slides from note to note is so enchanting. No wonder she headlined the most recent West End revival


There’s only one Heather Headley and this is why. Though this is less about character work and more about insane, other-worldly singing.


What is more epic than an Elphaba Vs Eponine belt off of “Memory” while ALW sits mere feet away? Answer: nothing.


Sing Mama! Also love how she justified being on the ground to come up for the “touch me”. This Griz is going through it.


The West End headliner makes the Cats anthem her own. So much yearning in her voice throughout, but that “touch me” is full-on pleading, begging. So wonderful.


The Allegiance star is ACTING the hell out of this. Her “I was beautiful then”…come on! This is pain. Bless her.


The original, original Griz. What’s so beautiful about hers is it’s like she’s watching a projection of the saddest movie you’ve ever seen but you can only see her reaction to seeing it.


This is the only "Memory" I actually teared up during.


It’s hard to impartial to Betty Buckley (after having performed this version more times than there are names in the Bible). You have to love the faded glamour she brings to Grizabella the Glamour cat, in the way she moves. And we don't even go into that ending.

'Cats' begins previews at the Neil Simon Theatre on July 14.