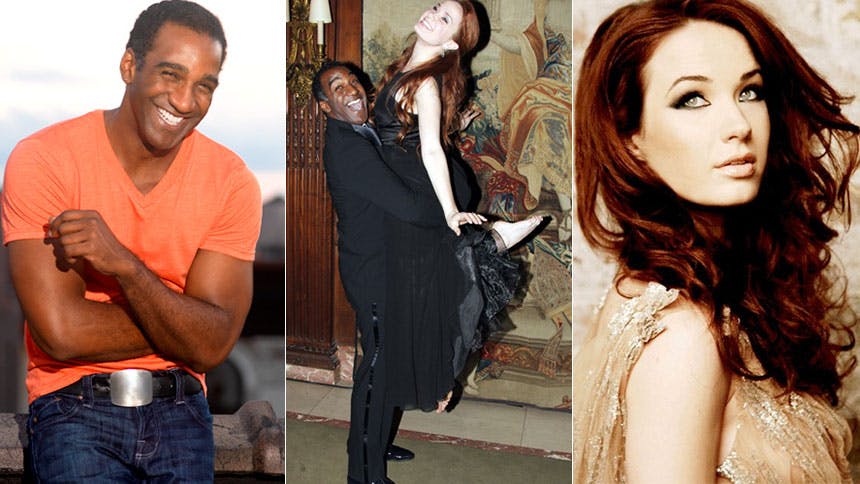 Tony nominee Norm Lewis is bringing that smooth, rich sound to the Opera Populaire beginning May 12, 2014. Lewis makes Broadway history as the first African American actor to assume the leading role in Broadway’s longest-running musical The Phantom of the Opera. And by his side, Lewis’ Little Mermaid co-star Sierra Boggess returns to the Main Stem production as Christine Daae. You may now react.

To celebrate the amazing news, BroadwayBox looks back on some of our favorite Norm Lewis YouTube videos.

In 2012, Lewis received his first Tony nomination for his performance as the title role in Porgy and Bess.


Phantom marks Lewis' 11th Broadway musical. Over the past 20 years, he's made lasting impressions in big musicals like Miss Saigon, Tommy, Chicago and The Little Mermaid, and short-lived cult favorites such as The Wild Party, Side Show and Amour. His performance as Javert in Les Miserables was preserved in the popular 25th Anniversary Concert.


But you don't know the true beauty of Norm until you really dig into the YouTube videos. For example, "We Live On Borrowed Time" makes us melt every.single.time.


Now, listen to this Sondheim on Sondheim vet just own all the notes and emotions in "Being Alive."


If this is what "Go the Distance" sounds like, we'll meet you there.


Don't let Norm Lewis in The Phantom of the Opera pass you by. Get your tickets now!