Which Two Drama Desk-Nominated Leading Ladies Were Inspired to Perform by The Sound of Music? 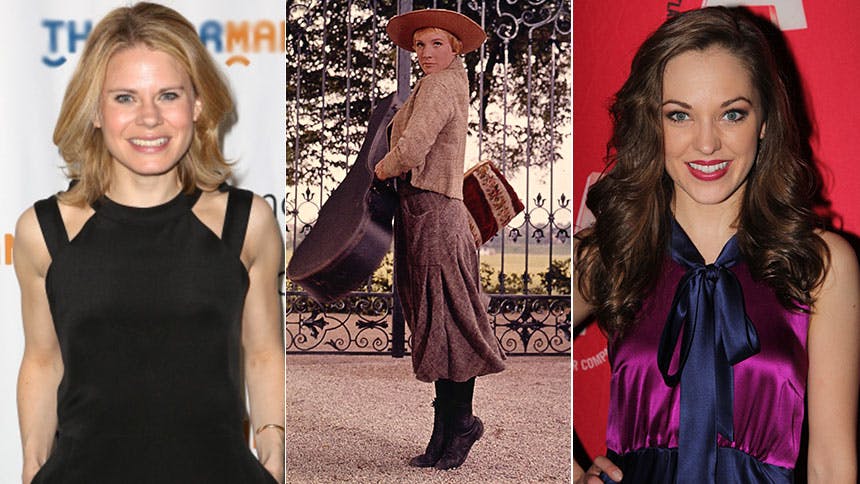 Theatre audiences are inspired daily by the works of Broadway’s brightest, but did you ever wonder what iconic performances inspired your favorite Broadway star to get there? BroadwayBox got all spiffed up and headed to the JW Marriot on Central Park South to chat with the 2014 Drama Desk nominees to find out from them: What was the film, TV show or theatre piece that inspired you to become an actor?

Kicking off the series are two of Broadway’s most lovely leading ladies, whose path to the Great White Way began somewhere between the Nonnberg Abbey and the hills of the Alps.

“Honestly I saw The Sound of Music, the musical, when I was five in Detroit, Michigan. And I said to my mom, ‘That's what I want to do.’ And I’m still doing it. I keep waiting to get sick of it, but I’m not yet.”

Laura Osnes in 'The Threepenny Opera,' 'The Wizard of Oz' and 'The Sound of Music.'


“It’s a cross between The Wizard of Oz and The Sound of Music. (The Sound of Music, especially.) I was about seven or eight, and I would act it out. I wanted to be Liesl, and I never got to be. I played Brigitta (the sassy one) when I was about 10, and I jumped right to Maria at Carnegie Hall, but I never got to play Liesl—it’s all good now. I did play Dorothy three times back in Minnesota, so I checked that one off my list.”

Newer
Wallflowers Star Max Crumm Talks Dating, Matchmaking and Comic Sex Appeal
Older
Five Videos From the Week on Broadway That Gave Us All Kinds of Life
Sign up for BroadwayBox Discount Alerts