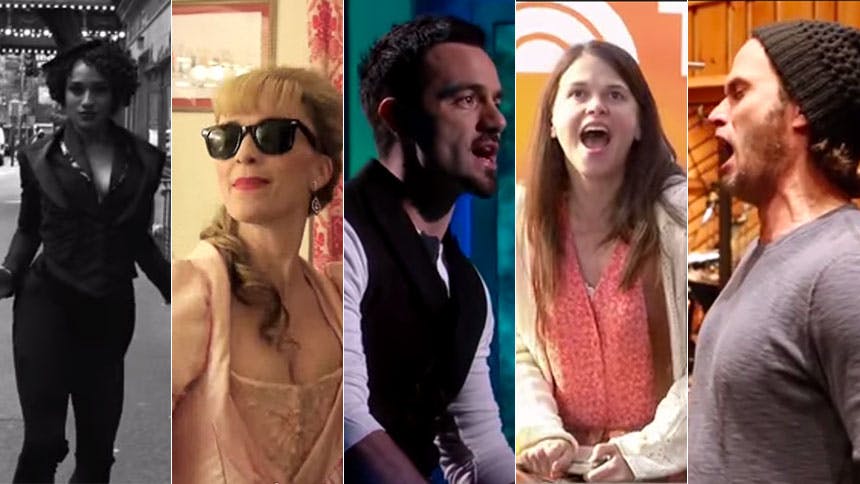 Over the last five days, the BroadwayBox staff upped the YouTube view count on five incredibly awesome Broadway videos. Check 'em out below and hear why they made our week extra special.


The Tony-winning production of Pippin is truly unlike anything else you can see on Broadway, and in their latest video (a very clever newsreel investigating if the city can survive 2014), they nail exactly how we feel every time we leave the Music Box Theatre. That’s right: It’s a show you must see more than once; and if you’re not reacting at the end of the show like the nun or the cripple, check your pulse.

4. The Cast of Gentleman’s Guide Lip Syncs For Their Lives


We owe the company of A Gentleman’s Guide to Love and Murder a big thanks for starting our week right with this clever video of them performing Pharrell’s Oscar-nominated song “Happy.” The video had so many moments that made us smile.


Stop it with that Ramin, and his gorgeous voice. Run to the Imperial Theatre to experience him in Les Miz, because Broadway will never see another Jean Valjean like him.

2. The Cast of Violet Jumpstarts the Day on The Today Show


The cast of Violet just knocks it out of the park with the musical’s big song “On My Way.” How can Annie Golden not bring a smile to your face as that seat-mate? The vocals are sheer perfection (we can’t with you Josh Henry!) and the number is just so damn catchy.


For years, people will discuss how egregiously overlooked Steven Pasquale was for a Tony Award nomination (probably in the same breath as Pippin’s Rachel Bay Jones). Just watch this magnificent performer leave every single thing he can in that recording studio during his big song “It All Fades Away.” Also, watching JRB listening to him is adorable. See The Bridges of Madison County before it concludes on May 18.

The Bridges Of Madison County
New
Discount up to $20
Newer
Which Two Drama Desk-Nominated Leading Ladies Were Inspired to Perform by The Sound of Music?
Older
#FlashbackFriday: Submissions Only's Andrew Keenan-Bolger Counts Down His 10 Ultimate Tony Performances