Anne L. Nathan Shares the Fierce and Fabulous Women Who Inspire Her Once Character 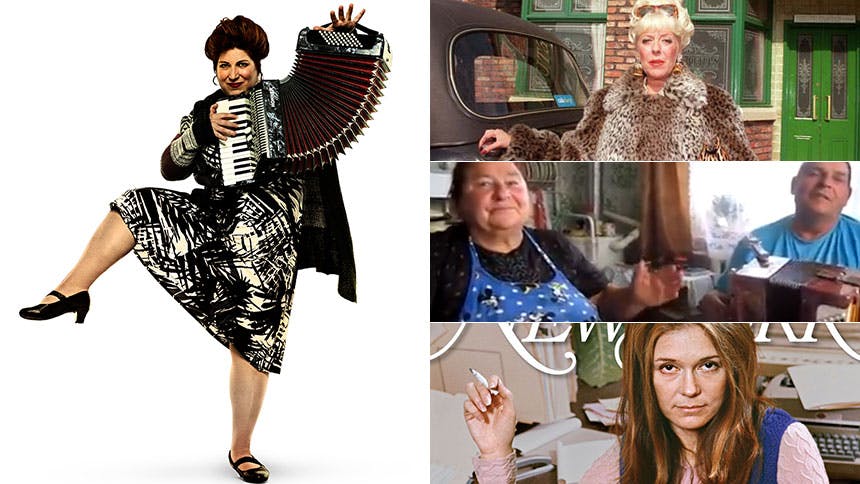 Anne L. Nathan has been packing a punch as straight-shooting Czech matriarch Baruška (a woman who’s always good for a big kiss or some sound advice) in the Tony-winning musical Once since the show first began in workshops. Armed with an accordion, Nathan infuses the role with warmth and humor to create a character you’re sure to talk about as you leave Broadway’s Jacobs Theatre. Below, BroadwayBox chats with the Assassins and Thoroughly Modern Millie vet about the women who helped inspire the Baruška audiences have fallen in love with.

“What’s fascinating about this show is things change nightly. Some days I play it dry and serious and don't crack a smile, and some nights I have a lot more life in it. It’s just the nature of being in a show for two years; you have to change it up. In the beginning, I had a very specific way of playing it, but new people come in, the show has changed a little and the audiences changed a little bit, and so the role sometimes changes too.”


The first thing—and I think this is kind of hilarious—is way back when we were at A.R.T. in workshop, John Tiffany wanted her to be like Bet Lynch, who is a character on Coronation Street. She was a real pistol and she was really bawdy in the way she dressed. She was very combative and always spoke her mind. She had a lot of strength and a lot of confidence. And we’d watch these episodes and I’d say, ‘I don't think this woman is like this.’ That’s where we started and it has changed since then, but what we took from it was the look. Someone who thinks they are hot and glamorous and put together but maybe isn’t quite so much. The whole mismatched outfits, a little too much makeup and the hair up and tidy—at least she thinks it’s tidy but it’s kind of a disaster; that’s what we took from Bet. And when I first started the show I wore high, high heels, and that went away because my body started hurting; but I always thought this character would wear high heels because she’s the kind of person who wouldn't leave the house without a pair of heels on.


The second one is this awesome video I found [above]. I watched a lot of videos of Czech families playing music together, and that I found extremely helpful. In this one in particular, I love the way the family sits around and sings and interacts with each other and with the instruments. The whole Czech family, the five of us in the show, watches a lot of these videos to see how passionate they are and how serious they are.

The third is my grandma. John [Tiffany] and I talked a lot about how she is a person who does not care what other people think, and there’s a lot of freedom in that. She doesn’t need to push hard. She’s been through a lot—her husband killed himself—and people who are survivors have a cool exterior. They keep it all inside. They have been through so much that they are practical about it. And my grandmother was a big inspiration to me. She came over to Ellis Island when she was 12 by herself, lost her husband at a rather young age and was a caretaker for everyone else. And you’d never know it because she had that stoic vibe.

The fourth inspiration is this amazing picture of Gloria Steinem in my dressing room, and it’s not her as much as the picture of her looking fierce and scary.

See Anne L. Nathan serving you all this and more in 'Once' at the Jacobs Theatre.