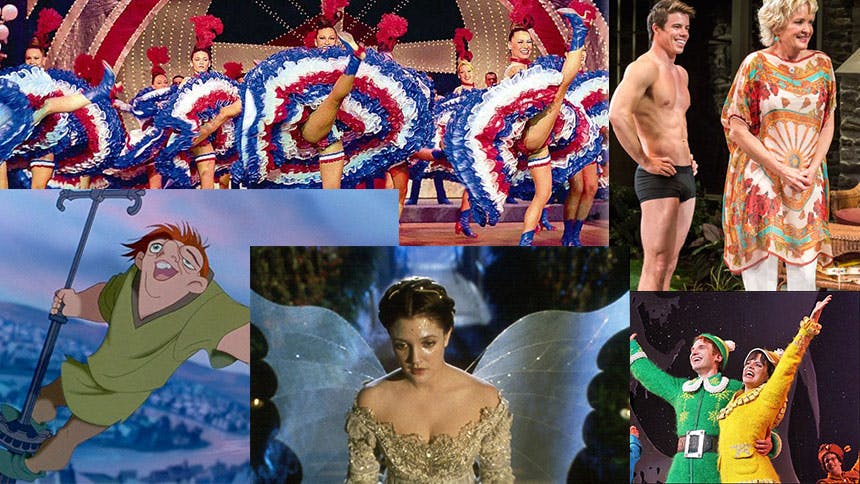 Paper Mill Playhouse, New Jersey's premier regional theater and one of the country’s leading not-for-profit theaters, announced it’s unbelievably exciting 2014-2015 season. With the Broadway success of Newsies, Les Miserables and soon-to-be Honeymoon in Vegas, Paper Mill Playhouse has become the most convenient out-of-town theater for New York-aimed musicals. Who needs the Windy City or balmy California when you can see a Broadway-bound show at the Paper Mill and be back at your own home before bedtime? Below, BroadwayBox shares our ecstatic reactions (through animated GIF, duh) to Paper Mill Playhouse’s 2014-2015 season.

Kicking off the season is the Broadway-bound revival of Can-Can, which includes a brand-new book by Frasier and Cheers writer David Lee to accompany Cole Porter’s beloved score. In the new Can- Can, Pistache, a Parisian café owner, defies the law and her love in order to introduce the scandalous dance the Can-Can.

Then in November, Paper Mill presents one of New York’s favorite holiday musicals, Elf. The musical adaptation of the Will Farrell film about an adult elf in New York City is a fine outing for the whole family.

Paper Mill kicks off 2015 with a production of Christopher Durang’s Tony-winning comedy Vanya and Sonia and Masha and Spike. This Best Play winner has it all: sibling rivalry, Maggie Smith, voodoo dolls and a nearly naked hunk. Sign us up, again.

Now, here’s where we really died. Beginning March 4, Paper Mill presents the U.S. premiere of Disney’s musical adaptation of The Hunchback of Notre Dame. Yes, that glorious cartoon that brought us “Out There,” “God Help the Outcasts” and “Topsy Turvy” is coming to the Tri-state area sooner than expected, and we couldn't be happier.

Closing the 2015 season is Kathleen Marshall’s musical adaptation of Ever After, that fabulous Drew Barrymore film which reinvented the classic Cinderella tale. While no casting has been announced yet for this world premiere production, Sierra Boggess and Jeremy Jordan did the workshop, and that’s worth a train ride to NJ for us.

Overall, Paper Mill Playhouse's 2014-2015 season makes us want to do our happy dance.

Paper Mill Playhouse
Best Priced Tickets
Newer
Motown the Musical in 60 Seconds: 10 Moments That Will Blow You Away In Your Seat
Older
Andy Taylor Reveals 10 Things Fans May Not Know About Once