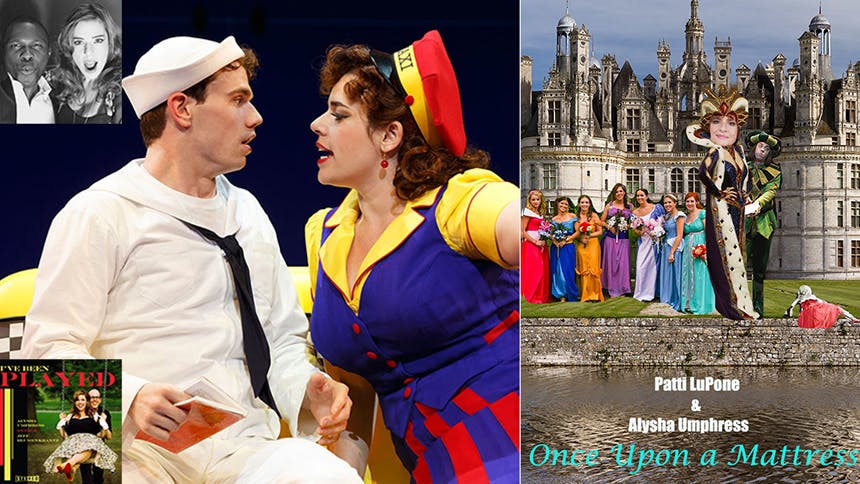 Forget cooking, Alysha Umphress’ real talent comes in juggling (and singing her face off). Right now the Broadway beltress is stopping the acclaimed revival of On the Town cold with her big number “I Can Cook, Too,” she’s promoting her sultry new jazz album I’ve Been Played and she’s readying to celebrate Valentine’s Day with Tony nominee (and former American Idiot co-star) Joshua Henry at 54 Below on Monday, February 9 with their Romantic Duets concert. Yeah, girl’s got it going on.

So who better than this very busy bee and unabashed Broadway lover to launch BroadwayBox’s new dreamcast challenge? The premise is simple: you get two theatre fans together for more than 15 minutes and someone is going to start dreamcasting some revival; but you know what? Actual theatre stars are just as nerdy and do the same things. In this new feature we ask Broadway stars to play producer and dreamcast their favorite musical.

What musical are we tackling today, Alysha?
My favorite musical is The Light in the Piazza, but the original was perfection so there’s no use in doing a revival…and there’s no part for me—maybe when I’m old enough to play Margaret, and even then it’s a stretch. But it’s been a while since we’ve seen Once Upon a Mattress and that fulfills my lifelong ambition, I can be Winnifred and Patti LuPone can be Queen Aggravain.

What was your first introduction to Mattress?
My first teen theatre production was of Once Upon a Mattress when I was 11, and they expanded the role of the Jester to be played by two girls—because there’s always more girls in musical theatre than boys so they made the Jester into two sisters; and it was double cast so there were four and I was the little Jester.

If someone out there doesn’t know this show, what’s the one number they should look up to get a sense of it?
The quintessential song they need to listen to is “Happily Ever After.” Because where “Shy” gets all the attention, “Happily Ever After” is so cute and funny and torchy. It’s her 11 o’clock number.

So I have myself as Winnifred because obviously that's the whole point if I’m dreamcasting this.

Obviously Queen Aggravain will be played by Patti LuPone because it’s my dream to do a show with her, and she’d be hilarious.

I feel like it’s better when Dauntless is older because he’s been waiting for a princess all his life, right? So it’s funnier if he’s pushing 40. So I’m going with Christian Borle—also I think he’d be convincing as Patti LuPone’s son.

For Lady Larken, I would cast Erin Davie because she’s the reason I went to BoCo; I saw her do a production of Brigadoon and she was so amazing I actually thought she was Scottish. And I think she’d sound beautiful and she can be really funny.

Sir Harry should be Aaron Lazar because he has such a beautiful voice and he’s perfect for the part.

Josh Henry for the Minstrel because he has such a beautiful voice and can play guitar, and would be a good narrator to open the show.

King Sextimus should be Michael McGrath because he is a good physical comic. He doesn't speak the entire show so you need someone who is super expressive.

The Jester should be Max Jenkins. He hasn't done any Broadway shows but he plays Max in The Mysteries of Laura on TV and he’d be a hilarious. It would be an inspired choice instead of being goofy, he’d be so over-it and deadpan. Let’s give him a Broadway debut.

And one more: she plays et al. (Princess #12, the Nightingale of Samarkand, Lady Rowena, all the little bit parts) the girl who is stealing our show on a nightly basis, Samantha Sturm. She’s got legs for days, amazing dancer, but also so funny. She’s a star; I think it’s just a matter of time for her.

Wow. Perfection. What’s the Tony Awards number?
“Song of Love (I’m In Love with a Girl Named Fred).” It’s Christian, the Queen is in it all disapproving the whole time and Winnifred has to run her ass around the whole time.


What theatre is this revival of Mattress playing?
Let’s do The Rodgers and keep it in the family for Mary Rodgers.

And finally, describe the poster:
Oh gosh, how fun. Maybe something elaborate so it could be Patti is central focus with Christian looking underneath and all these other princesses in the background looking like “is it me, is it me” and then you see the back of me reaching up climbing out of the moat. Something like that. 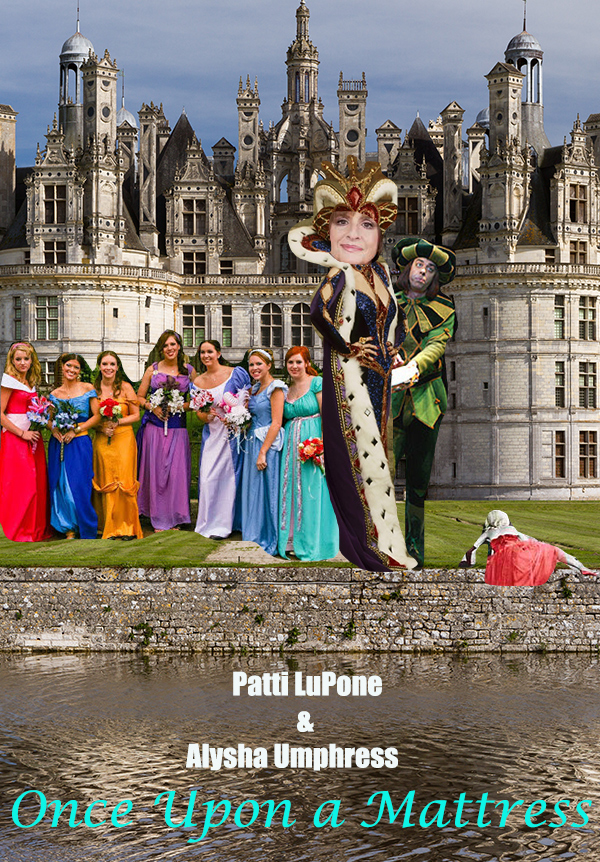 Catch Broadway princess Alysha Umphress in On the Town, at 54 Below with Josh Henry or on your iTunes.