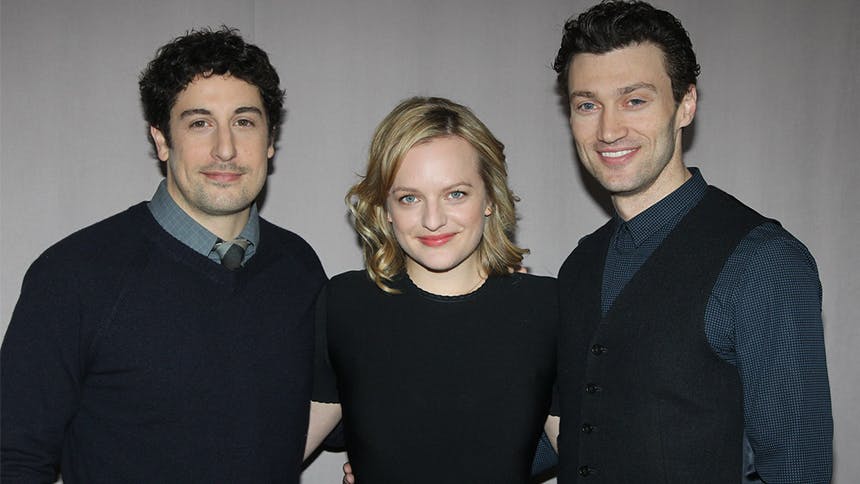 
The show spans 20 years, following Heidi Holland from high school in the ‘60s to motherhood in the ‘80s (it's so much more than that, but we're just providing a jumping off point here). So when BroadwayBox caught up with the cast, we asked each of them to chart your character’s journey through the play using a pop song from the ‘60s, one from the ‘70s and one from the ‘80s.


For the ‘60s, I would say “You Send Me” by Sam Cooke because this play is very much about these two important male relationships in her life and it’s a beautiful song; it’s very romantic and dreamy and she had a very romantic view of love when we meet her. For the ‘70s, I would go honestly with Aretha Frank’s “Think.” It’s very stop what you are doing and step up and respect me as a woman, which is very Heidi in the ‘70s. And the ‘80s, I need a song about finding happiness on your own and not tied to a man or a job. Something that says I’m enough. Something by Carly Simon—her music is about being a woman, a strong woman and sometimes a sad or lonely woman.


Whoa! So when we meet Scoop it would be “Play with Fire” by the Stones. In a way I think it's perfect for Scoop because he is this kind of fiery, aggressive guy and his relationship with Heidi is combustible in a way and ultimately a little tragic. In the ‘70s, maybe “Carry On My Wayward Son” by Kansas; Scoop is finding his way and Heidi’s getting stuck in her ideals too much while he carries on. Then in the ‘80s, “Everybody Have Fun Tonight” by Wang Chung, and I don’t even know why—just because.


For the ‘60s, it would have to be “The Shoop Shoop Song.” It’s so important to Heidi and Peter. A song from the ‘70s, I think something by Janis Joplin would feel right. And the ‘80s, I feel like it’s probably Madonna. By the ‘80s Peter is a leading pediatrician in New York and he’s come out as gay and he’s representing that community.


She starts at the dance with “The Shoop Shoop Song” and that’s definitely her. In the ‘70s, I feel like it has to be some girl rock but not Joni Mitchell, she’s too mellow. Oh, she’s Stevie Nicks in the ‘70s. And the ‘80s is mainstream rock and roll like Bon Jovi.


The ‘80s would be for Fran and it would be “Push It” by Salt-N-Pepa because women are pushing through the boundaries of what society has put up for them. “You are My Sunshine” for the ‘70s and that’s for my character Betsy, who is a strong working lady about to have her first baby. And ‘60s would be “Harvest Moon” by Neil Young.


The‘70s would be the full album of Greetings From Asbury Park by Bruce Springsteen because it touches on a lot of themes and going to Vietnam. ‘80s is “Got My Mind Set on You.” The characters I play have made their choices and they are confident people by the end. And the ‘60s is "The Twist" because of the social networking of dances back then.