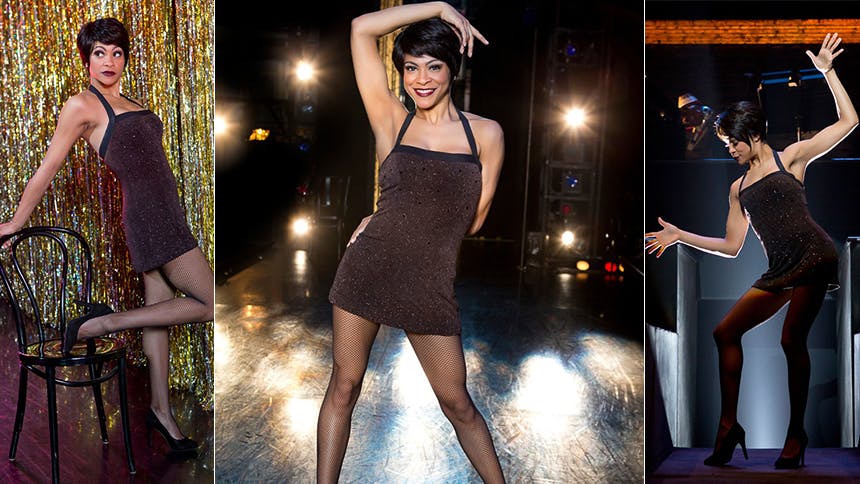 Carly Hughes has had one hell of year. She went from having the most killer song in the hit musical Beautiful to flying high as Pippin’s final Leading Player to now being super sexy and confident as the latest Velma Kelly in the record-breaking Broadway hit Chicago. BroadwayBox caught up with the positively lovely rising star to chat about being badass like Velma, the importance of a good nap and her favorite childhood movies.

1. Velma Kelly is such a badass, what’s the most badass thing about Carly?
The most badass thing about me? That’s like asking why do you think you’re amazing. [Laughs] I guess I’d say I’ve always had a strong sense of self and I’ve always made sure I’ve stuck to it. I do things I believe in, especially in this career. As an actor, the only things you have control over are the projects you say yes or no to. And I think holding my own and not being swayed is pretty badass.

2. Finish this sentence: My dressing room is not complete unless it has:
Sweatpants, a blanket and an electric tea kettle. I’m a big nap person; there has to be a place to lay down for a second.

3. What’s been the biggest pinch me moment in the last year for you?
Literally all of it! I’ll go in order: having the best song in Beautiful and getting to sing it on everything (The View, The Today Show, the Tony Awards), and then literally blink and be in Pippin to be followed by Velma?! The biggest pinch me moment has been the realization of self and coming into my own. You do that more than once in your life and this has been a big year for me coming into a new sense of self and owning it.

4. What movie do you love so much you know every line?
Oh, there are plenty! Major Payne with Damon Wayans—it’s hilarious. Heart and Souls with Robert Downey Jr. I feel like everyone knows every word to Soapdish, and Newsies is another big one. Those are some childhood favorites.

5. OMG, you won the first-ever Tony Award for Best Replacement! Who are the first people you thank?
Yes! Put it out there, boo. I would thank all of my friends and family who have always supported me and took the time to hang in there when times got low. I’d thank my team, and I’d probably thank everyone who ever said no and gave me the power to go forward.

Chicago
Best Priced Tickets
Newer
Showstopper Derby with the Dynamite Cast of Brooklynite
Older
Introduce Your Self(ie): 10 Questions with The Phantom of the Opera's Julia Udine
Sign up for BroadwayBox Discount Alerts