The Boxer, The Singer, The Self: Terence Archie Talks Transforming Into Rocky’s Apollo Creed 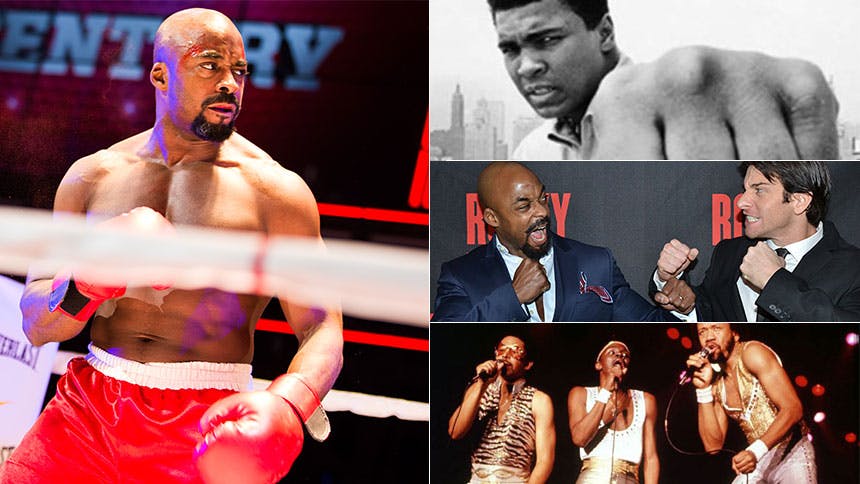 Every man, woman and child leaves Broadway’s Winter Garden Theatre talking about the big fight at the climax of the new musical Rocky. The scene is unlike any Broadway has seen before, with expert choreography, blood, cheers and enough adrenaline to power Times Square on New Year’s Eve. Fans of the film and musical eagerly await the big match between underdog Rocky (Andy Karl) and champion of the world, Apollo Creed.

BroadwayBox caught up with Terence Archie, who has starred as Apollo both on Broadway and in Germany, to get his take on this larger than life character and the three muses that help him pack a punch in his memorable soul numbers and in the ring.

2.“My Alternate Universe Exaggerated Self: He is always lurking, always wanting to infiltrate this realm and steal my identity. But he is graciously allowed on stage for a brief time every performance.”

Don't wait another day to see Terence Archie bob, weave and break it down in Rocky at the Winter Garden Theatre.