A Gentleman's Guide to Love and Murder Star Lisa O'Hare on How Holly, Marilyn & Gibson Inspire Her Sibella 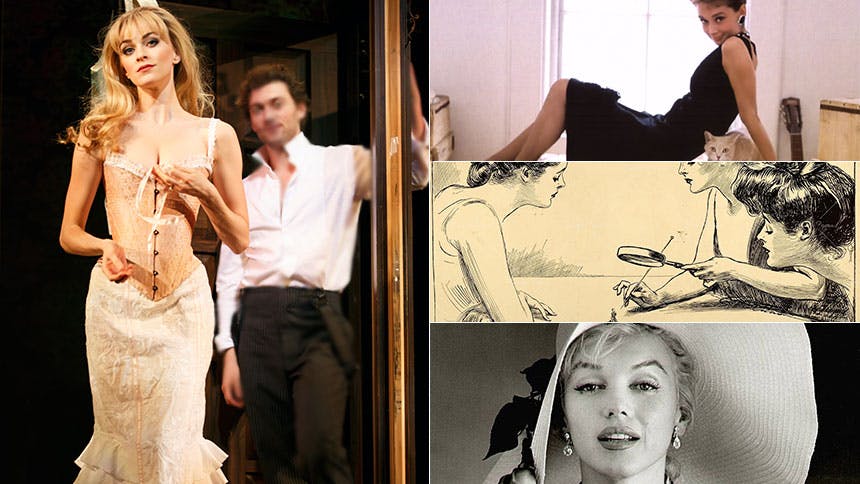 Lisa O’Hare is making a stunning Broadway debut as Sibella in the acclaimed new musical comedy A Gentleman’s Guide to Love and Murder. The British actress brings such layers to a character that could easily be dismissed as a shallow social climber; instead Sibella is radiant and transfixing. BroadwayBox caught up with O’Hare to find out what three muses she pulls from to create the woman who captures Monty Navarro’s heart.

“One of the first characters that sprung to mind when I read the script was Holly Golightly because there were so many similarities between Holly and Sibella. Both are social climbers with the desire for finer things in life, but more importantly than that, these characters have great contradiction. They can be manipulative and yet sincere at the same time; you don't know whether to love them or hate them in any given moment. I’ve always admired Audrey Hepburn—she’s been a massive inspiration for me in all my work—and her ability to make her characters so childlike and vulnerable. That's especially important for Sibella; otherwise she would become this frothy and superficial girl. I actually have a picture of Audrey as Holly on my mirror.

When you get a script you sit down at the computer and start doing oodles of research into the era and what was happening, and one of the things that popped up was Charles Dana Gibson’s ink and pen illustrations of the Gibson Girl—what became a very famous image. Even though they were based on the American woman, they were a wonderful source for creating Sibella because aesthetically the way they were drawn—these beautiful, curvaceous women with this wonderful hair piled on the top of their heads. One image in particular is called ‘The Weaker Sex,’ and it’s this group of Gibson Girls looking at a man under a magnifying glass, and it was clear that they were these confident, sexually dominant women; and men couldn't satisfy the idea of a Gibson Girl. I think that is very clear in the first scene between Monty and Sibella; she’s aware of her attributes and how to use them.

The third one I struggled with, because when I started putting myself into this role, I found not only was I subconsciously channeling Audrey Hepburn at moments but there were other people coming up that weren’t a conscious decision. And I had a friend come see the show and she said, ‘Ah, I really saw lot of moments of Marilyn Monroe in there.’ And I thought it was funny because I hadn’t intended to channel her in any way, but when she mentioned it, I realized she had a huge influence on me. I love the undeniable power she had over men and over her viewer. Just with her iconic smile and wink, she’d make men fall to their knees, and Sibella has an element of that. And again, like Holly, she has this fragile quality to her. I found one quote, ‘Being a sex symbol is a heavy load to carry, especially when one is tired and bewildered.’ Those contradictions of what people perceive and what’s going on inside makes a captivating person. When you’re creating a role, you want to look at every different angle. And Sibella can become one dimensional, but I wanted to make sure audiences saw glimpses of insecurities. Underneath all this vain, narcissistic behavior is a girl who is wounded; then you understand why Monty is so fascinated with her and so in love with her.”