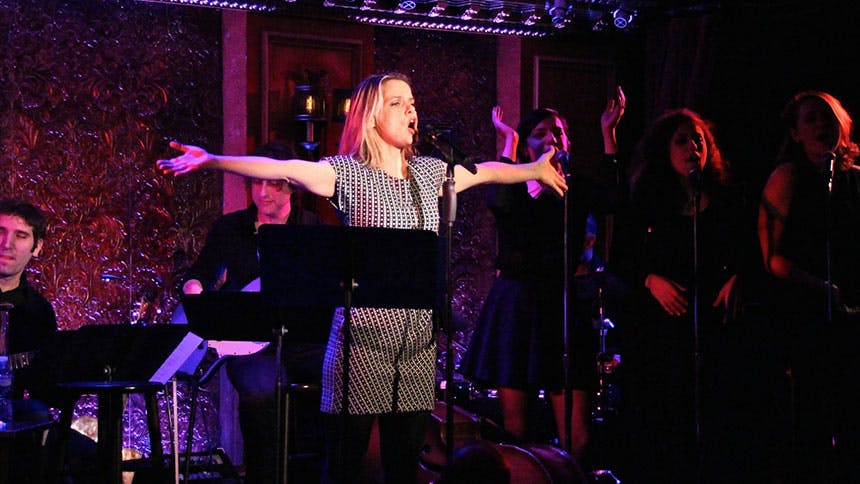 Back in June, on a random work day, fueled by too many YouTube videos and coffees, the BroadwayBox team demanded a 54 Below show showcasing the talents of Broadway’s Amy Spanger.

And well, we got our wish (partly #titlechange) because Spanger does have a solo show at the Midtown hotspot called This Must Be the Place on January 17.


The concert will follow Spanger’s career beginning at age 19, when she announced to her parents that she was moving to New York because “these legs wonʼt last forever,” to the present day where she remains one of Chicago’s best Roxie Hart’s ever. And rest assured, she’s singing all the songs you want to hear from her. Below, we dive into her resume via YouTube with eight videos of the belt that always gives us life.


Let’s kick this off with some clips of the original Rock of Ages company singing “Here I Go Again” and “Don’t Stop Believing” on The Today Show. There can only be one original Sherrie after all.


And now for the best sung “Always True to You (In My Fashion)” in existence—you’ll want to be alone for this one so you can belt along.


Jumping over to Elf for a little “Never Fall in Love with an Elf.”


And who can forget when she gave us important life lessons about love in The Wedding Singer’s 11 o’clock number?


And we’ll cap this brief trip down memory lane with three Tick, Tick…Boom! videos. (Throw up your arms about the bootleg but “Come to Your Senses” deserves a full musical moment.) #Choreography

See Amy Spanger sing all this and more at 54 Below on January 17.