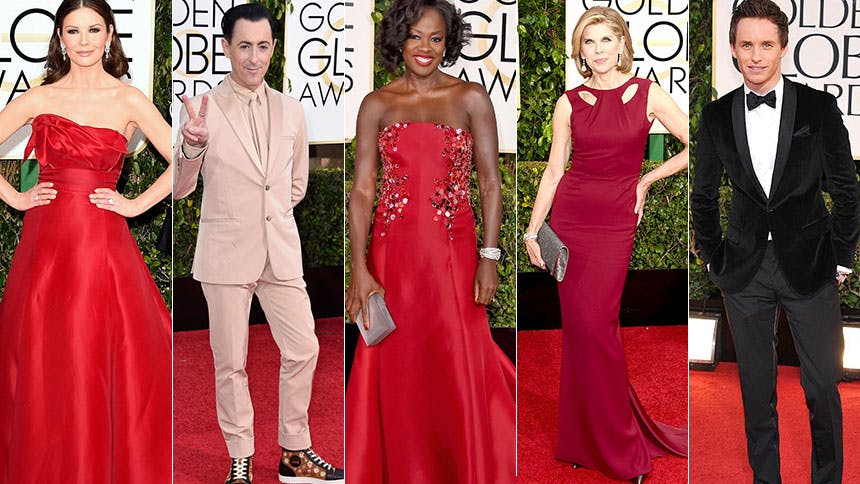 Hollywood celebrated the Golden Globes on January 11, and overall it was kinda snoozy. Where were the drunk speeches or Into the Woods love? (There was a big win for current Constellations headliner Ruth Wilson! Get it girl.) And even though the ceremony disappointed, the red carpet fashions did not. Below we look at five Tony winners who rocked that red carpet (winners only—sorry Ms. Chastain). 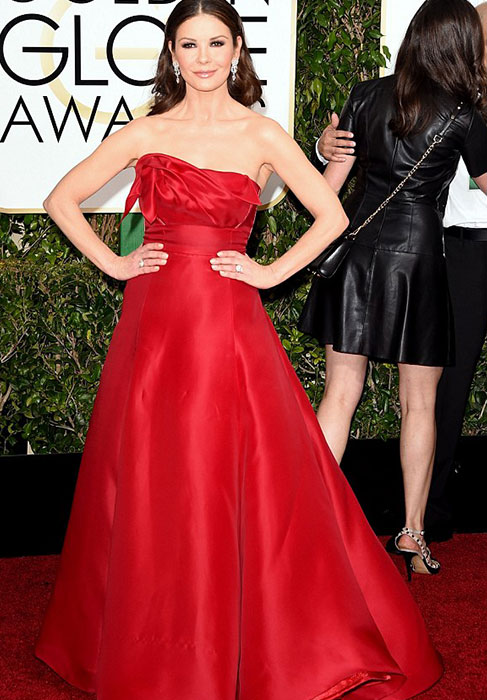 Lady in red! Chicago Oscar winner Catherine Zeta-Jones proved she can do it alone—just give her a stunning red gown and stand back. 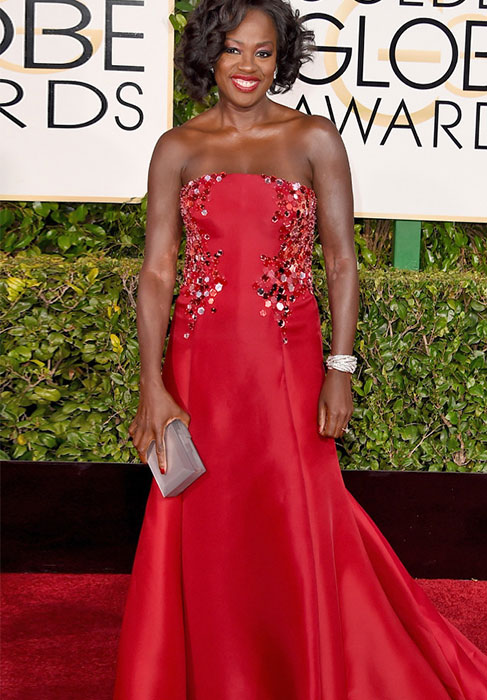 How to Get Away with Murder star Viola Davis is another 2010 Tony winner who turned heads in red. This Donna Karan gown and the diamond cuff were the real winner last night.

Speaking of winners, this Theory of Everything winner (AKA Marius from Les Miz) could probably wear sweats and fans would swoon, but instead he chose to go with black velvet tuxedo jacket from Gucci. 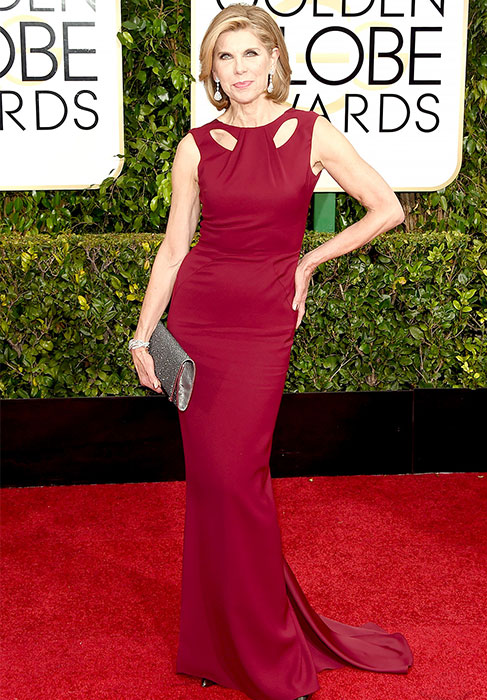 As The Good Wife’s Diane Lockhart, Baranski is safely the best dressed woman on primetime television and it’s lovely to see the Into the Woods star carry that over to the Golden Globe red carpet with this Zac Posen gown. 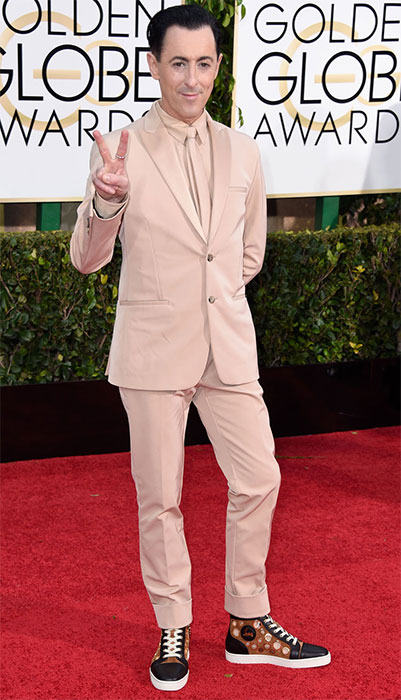