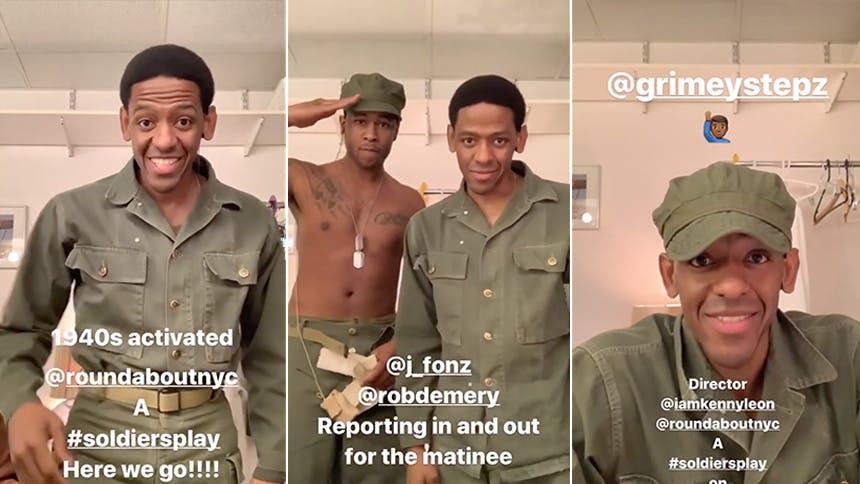 . An Astaire Award-winning tap dancer and choreographer, Jared most notably stopped the shows After Midnight, Gentleman Prefer Blondes and the New York Spring Spectacular with his dance breaks. He was the associate choreographer on Broadway’s Holler If Ya Hear Me and choreographed acclaimed productions of Jelly's Last Jam at the Signature Theater and 42nd Street at the Drury Lane Theater in Chicago. On television, Jared appears as Adrian on NBC's thriller Manifest.


On Saturday, January 22, Jared took over the BroadwayBox Instagram and gave followers a look at his two-show Saturday in A Soldier’s Play. Check out the recap video below to see Jared and the guys backstage, tour the set and theatre, and his between show tap routine.


Hurry to Broadway’s American Airlines Theatre before March 15 to see Jared Grimes and Co. in A Soldier’s Play.