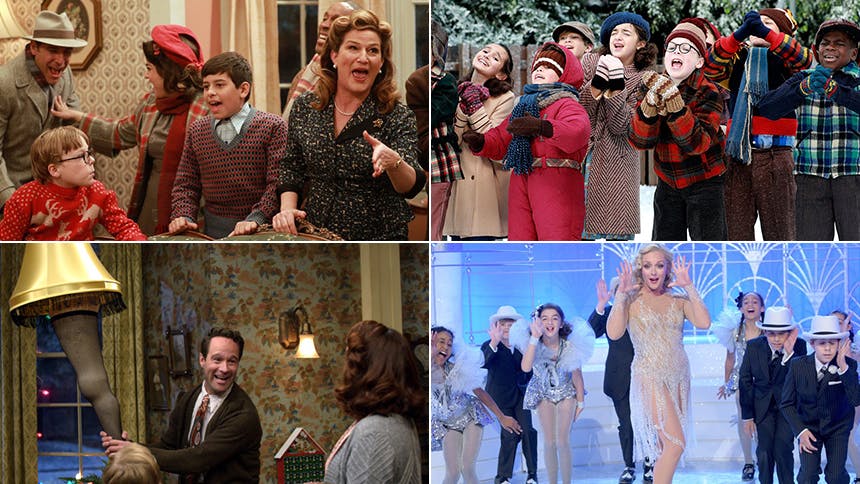 The Tony-nominated adaptation of classic holiday family film A Christmas Story joined the ranks of live musical broadcasts this year, and it was a delight. Below, BroadwayBox looks back at the five musical numbers that gave us absolute life.


Musically this number is so fun—talk about earworm! The kid's ensemble was adorable and their performance of the Zach Woodlee choreography brought major cheer. Special shoutout to little Artyon Celestine, who stole every dance sequence he was in.


This was a pretty epic moment, for both the kids' ensemble and director/camera team. I thought it was slightly weird the BB gun didn't appear at all in the number since it's kinda all about that...but it's understandable.


The scope of this number is what made it so memorable. Overall, Chris Diamantopoulos' DILFY performance as The Old Man was a perfect physical comedy showcase for the talented Emmy nominee. All I kept thinking was someone should create a big revival around him.


This was a killer number when Caroline O'Connor performed it in the Broadway musical and it was taken to the next level by Tony winner Jane Krakowski in the live broadcast. She was serving Roxie Hart realness in that costume. You can't teach that kind of star quality.


The original tune written for Gasteyer was 100% the showtopper of the night. This former Elphaba didn't come to play, she came to slay. It was vocals, it was comedy, it was everything. This song will be on repeat for days. While Ana sold the hell out of the belty Hanukkah tune, the song is also a triumph for Pasek & Paul too.