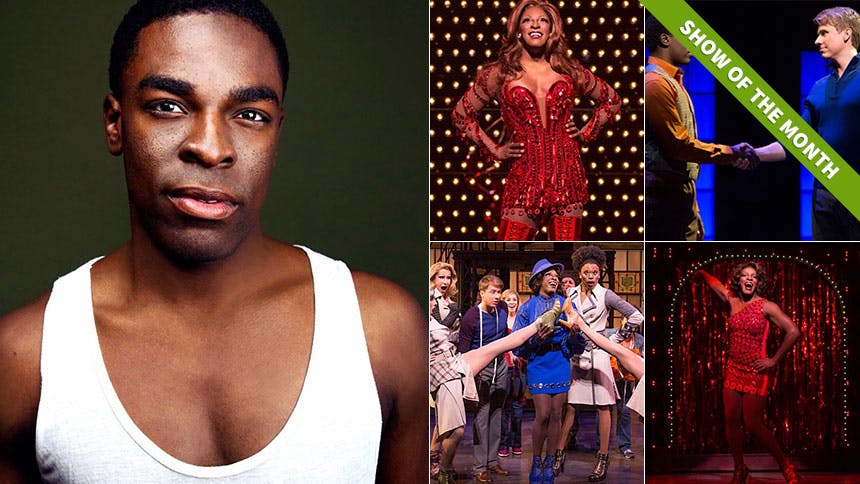 Beginning on January 27, fierce will be spelled K-Y-L-E.


Kinky Boots much-buzzed-about tour headliner Kyle Taylor Parker is sliding over to the role of Lola on Broadway while the musical’s Tony-winning star Billy Porter takes a leave from the show.

Parker will perform as the larger-than-life footwear muse through April 26, and that’s enough to send you all back to the Al Hirschfeld Theatre to see this rising star live. Just listen to those vocals on “Not My Father’s Son.” That tone. #ILive


Before doing Kinky on B’way and the road, Parker appeared in the tour of In the Heights as the Benny understudy and as Hud in Hair in Arizona.

KTP is also hella creative. He started a video blog called Kinky Nation about his time touring with Kinky Boots. There are 15 episodes on YouTube and it’s a cool look at life on the road and a nice introduction to who Kyle is. Now for more singing: a mash-up of “Whatever Lola Wants” Damn Yankees and “What a Woman Wants” from Kinky.


And if that didn't just kill you, here are some fun facts about Broadway’s new Lola: He knew he wanted to be a performer at age 5 when he saw Annie on Broadway (#ThanksNell); Kyle grew up in East Africa, West Africa, Paris, Zurich and Wisconsin; and oh yeah, he also speaks French fluently. Cue next song.


Final video is what must be assumed to be school-aged Kyle Taylor Parker singing “A World Without You” from the ultra-underrated Children of Eden; and generally if you have the chance to throw in a CoE song, you do it.