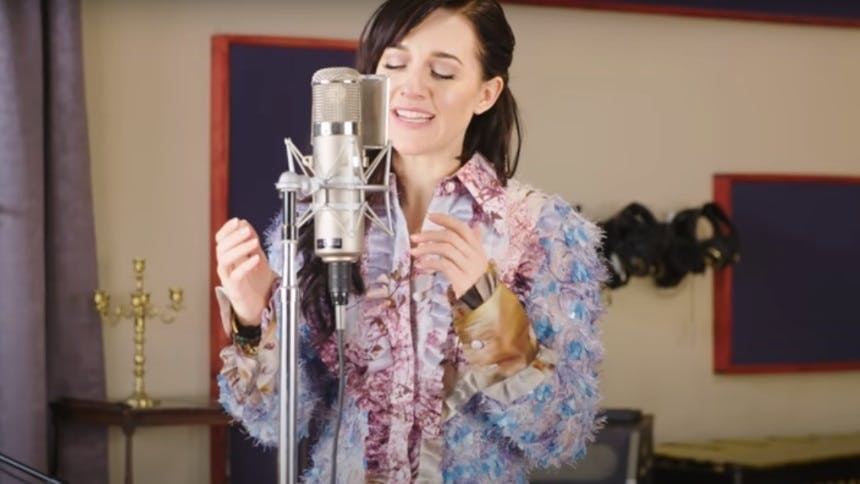 The spectacular Hedwig Tony Award winner Lena Hall created an album/video series titled Lena Hall: Obsessed where she released EPs and music videos each month back in 2018. Each album spotlighted a different musical artist such as Elton John, David Bowie, Radiohead, The Cranberries and more.

Lena is back with a monthly, acoustic Obsessed concert series where each month she will be presenting a concert based on a specific artist's music catalog. Most recently, her Alanis Morissette concert is available through September 14th here.

Here's a secret though - we've been so obsessed with Lena singing Alanis for a while now and you should be too! First example: Lena's singing "You Learn" and it is so rock star you're going to repeat it right away. How she goes into this falsetto-y part of her voice during the song's chorus? It's just so good.


Our second example is from 10 years ago (we told you we went way back!). You'll be listening to this one on loop! Lena lent background vocals to Emma Hunton's Le Poisson Rouge concert. During Alanis' "Uninvited" from 1:52-2:16 - buckle your seatbelts! Lena is casually singing background vocals with Morgan Karr with her hands in her pockets. Then at 2:16 - Lena grabs her microphone and just... push play!


To celebrate Lena's Obsessed series, we've rounded up those 2 videos plus 12 fabulous covers from each of Lena's EPs that are 14 awesome reasons to be Obsessed with Lena's talent!


OBSESSED: Peter Gabriel - "In Your Eyes"


OBSESSED: Hedwig and the Angry Inch - "The Origin of Love"


OBSESSED: Nirvana - "Where Did You Sleep Last Night"