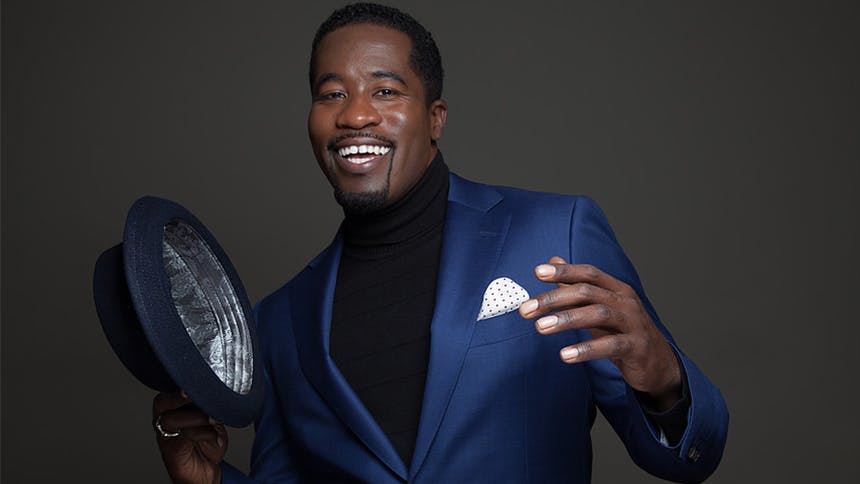 1. What do you think is one of the most important discussions theatre artists should be having right now?
I am interested in the idea of artists as cultural influencers, and the role we can play in social justice movements. Artists have a unique capacity to communicate, and integrate the mind, heart and soul. For me, a core question for artists in this moment is, “How do we as artists help us all communicate with each other in a way that supports deep, honest listening so, that we can begin to hear each other versus this intense polarization that is causing so much chaos and confusion?”

2. What’s been the most surprising part of hosting this podcast? Any unforeseen challenges?
Research is a big part of my podcast preparation. I want to ask new questions and not just be Google in podcast form. It can be time consuming to learn new and interesting aspects of guests for a weekly show. But I have three amazing interns who help me in all kinds of invaluable ways, including the initial research. So, thank you Dorcus, Kayla and Antoine!

3. Can you tell me about one of your favorite nights as an audience member in the theatre? What was it about the piece or performance that spoke to you?
I was stunned by the work of Cynthia Erivo in the Broadway revival of The Color Purple. I probably saw it seven times. The whole cast did beautiful work and the direction was stellar. Cynthia’s performance was truly revelatory, vulnerable, inspiring, full of craft and heart. I felt so honored to witness her brilliance.

4. Who would totally make you nerd out if they came on the show?
I’ve had so many of my idols attend my performances over the years, and it’s deeply affirming and thrilling. The most memorable for me was when Sidney Poitier came to see my performance of the Tallest Tree in the Forest at the Mark Taper Forum in LA. It’s a one-man play with music I wrote and performed about the life and legacy of artist/activist Paul Robeson. I knew Mr. Poitier was in the audience so, I was giving it my all in honor of him. At the end, he came backstage and hugged me, tears in his eyes and said, “I knew the man. I knew him well. You brought him back to me. This is the most thrilling evening I have ever had in the theater.” I then quickly said, “Can I quote you?” He smiled, and said, “Yes.” Yes, I was a total nerd. Lol.

5. What wisdom would you like to impart on the next generation of solo performance artists to know as they begin creating their works?
Focus on what you want to give to others, and be as creative and subversive as possible in how you share that gift. A trap of being a solo performer is to be self-focused. Another trap is to be too didactic or on the nose with what you want to communicate. The opportunity is to be thorough with the work of honing the craft and excellent preparation, but then to give it away with intention, wild creative, freedom and healthy abandon. When a solo performer can share with true generosity, ego intact, something truly transformational can happen for audiences.

Check out Daniel Beaty & his guests each week on 'Geffen Playhouse Unscripted'.