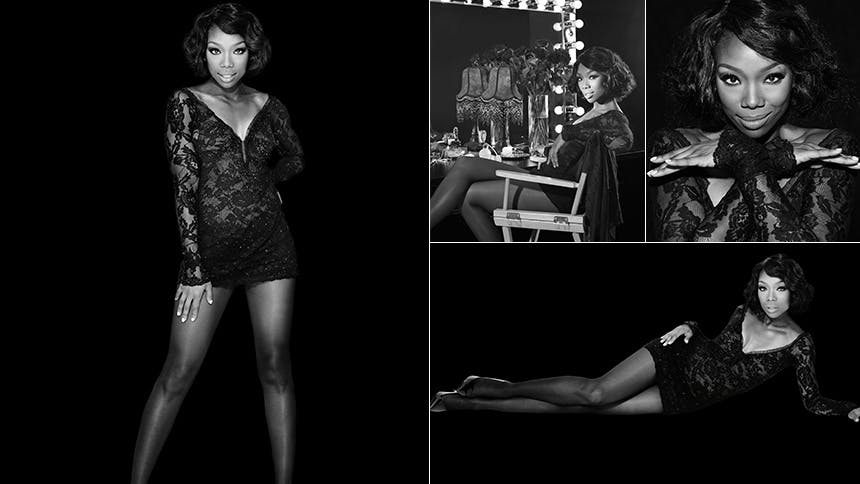 The long-running Broadway hit Chicago is sizzling hot again thanks to its new leading lady, Brandy Norwood. The Grammy-winning recording artist (#NotYoursButMine) and actress (Moesha, Cinderella) makes her Broadway debut as Roxie Hart, and she is SLAYING it. Just listen to how fantastic her vocals are on “Roxie” (starts at 1:30).


Below, BroadwayBox chats with Norwood about her favorite Cinderella memory, her dressing-room must-haves and her signature dance move offstage.

2. How would you describe your Roxie Hart in just a hashtag?
#Foxy. She’s foxy.

5. Finally, what’s your favorite memory from Cinderella?
My favorite memory is singing “Impossible” in the studio with Whitney Houston. It was so fun in there because I was trying to tell her what to do and she was trying to tell me what to do, and I just felt like she was my big sister and I love her so much. And what’s so beautiful is when I was showing my daughter some of the videos of my [Chicago] rehearsals, she looks over to me—and in the sweetest moment—says, “Mom, you know what? Whitney would be so proud of you.”

Check out Brandy Norwood as Roxie Hart in 'Chicago' at Broadway's Ambassador Theatre through June 21.

Chicago
Discount up to $50
Newer
Here’s Your Airline Highway Pre-Show Playlist, Created by the Cast
Older
Celebrating the Best Parts of the 13 Shut-Out Shows #TonyNominations