Celebrating the Best Parts of the 13 Shut-Out Shows #TonyNominations 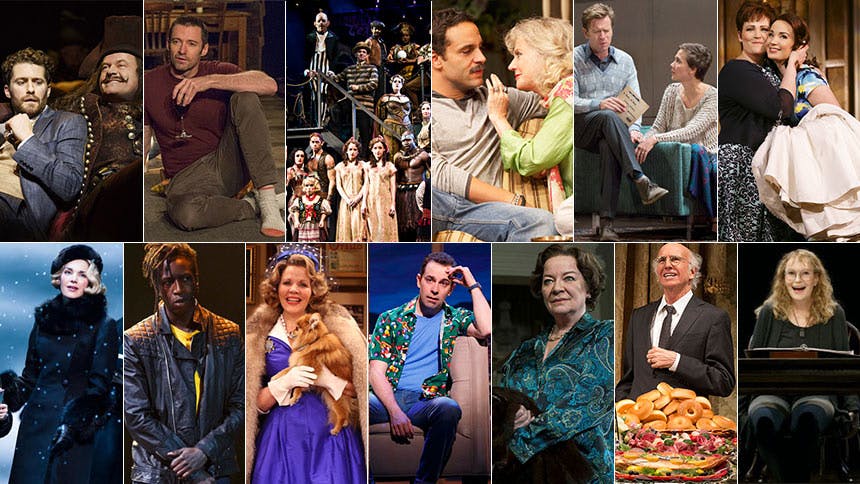 Tony® Award nominations came out today, BroadwayBox has a sweepstakes to pick the winners and a bunch of shows were shut out completely (some unfairly so). Below we look at the 13 shows that received no Tony love and celebrate the best parts of each.


Crazy mad props to Bill Condon for completely reimagining Side Show and making it so beautiful and so real. Come on, the costumes and wigs for the freaks were some of the best of the entire season. That opening “Come Look At the Freaks” was a chilling moment that will be hard to forget.


Personally seeing Carol Burnett, Mia Farrow, and Brian Dennehy sitting there with just a ghost light and a script proved you don’t need a lot of flash to give a full-out, moving and memorable performance. Yeah, I cried for Carol. And yeah, she wasn’t Tony eligible so guess that confession was a freebie.


Remember when Daniel Sunjata took off his pants and then made out with Blythe Danner…that was fun.

If you have a child in your life that you want to introduce to the wonder and magic of Broadway and live theatre, there is no better show than Finding Neverland. And for the adults, Carolee Carmello is serving you a younger, hotter Dowager Countess from Downton Abbey; also that second act Laura Michelle Kelly scene was so inventive and so heartbreaking.


Besides still living for Claire Higgins and the moment she very matter-of-factly slapped Martha Plimpton then held her, the revival had a gorgeous set I wanted to move into, great costumes you could just kiki and drink by the bar in and a cast that actually earned the oft-over-used phrase “star-studded.”


Three words: Paul. Alexander. Nolan. Who knew he could dance?! And that voice don’t quit—not even for a second. Pasha is a hard role because of all that Strelnikov nonsense, but he really did deliver. For a moment there was some heat in Siberia.

Fish in the Dark

Too hot a ticket—didn’t see it. But I really like Seinfeld, so there’s that.


Remember that time Hugh Jackman was soaking wet, cooking up dinner and only about five feet away? Apparently the Tony nominators did not. Also, snaps for a show that introduced B’way audiences to the luminous Brit Cush Jumbo.

Derek McLane’s set was legit, the bulters were lovable and it’s the only romantic comedy with Trixie on the marquee. Seriously though, Douglas Sills deserved more love for how funny and committed he was to that role.

It Shoulda Been You


ISBY should borrow the subtitle ‘A Gay Fantasia’ from Angels in America because any show that has Tony winners Tyne Daly and Harriet Harris battling it out, Broadway’s favorite Christine Daaé marrying the adorable David Burtka, a great gay subplot, Anne L. Nathan as a trampy drunk aunt and Lisa Howard belting for the gods was clearly made with the gays and the moms in mind…and we appreciate it.


Critics weren’t in love with the idea, but I personally enjoyed the big role music played in this revival. Remember when they all sat around singing at the beginning of Act II? That was really sweet, especially for a show all about cheating.

Holler If Ya Hear Me

Saul Williams gave a wonderful performance as Holller If Ya Hear Me’s central character. He was so real and gave the Tupac musical some legit street cred.

There was no ‘best part’ of Honeymoon in Vegas— it was great from start to finish. Highlights would have to include the wonderful throwback score, the genuinely funny performances (#LoveForMcClure) and a flying Nancy Opel. But I would think in another season, Honeymoon would have been the big hit to beat.

Show some love to these shut out shows by snagging a discount ticket to see them and their undeniable merits live.