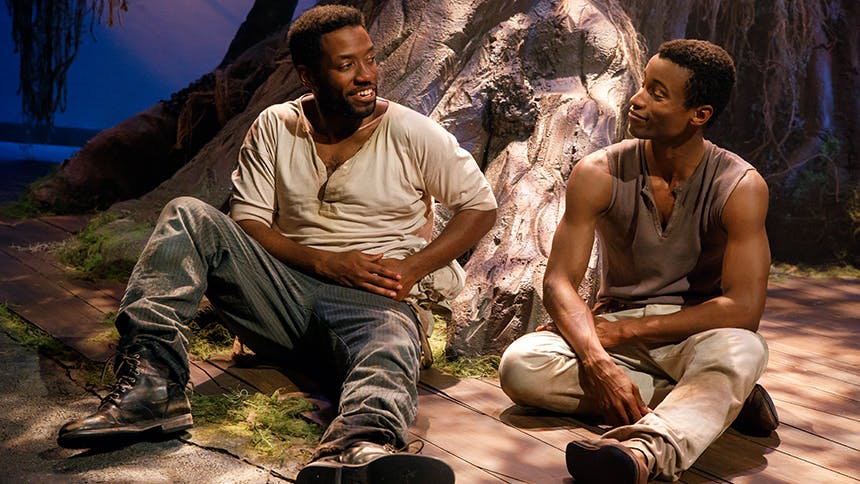 
Scroll on to hear from the dynamic duo about performing this incredible piece, how the playwright helped keep the cast grounded, and how they prepare for the emotional play.

What was it about the writing & this story that you knew you wanted to be part of this production?

Sheldon:
When I first read the play, I was struck by how much of the story was familiar, yet how I had never seen this particular story told. I connected deeply with the characters who are struggling to "just be" in a world that won't let them. That struggle is still all too alive and well today, so in some ways this play read like an origin story for those struggles, contextualizing black queer love in a period in history that is often overlooked. That made me want to be a part of telling this story even more. Plus, Donja R. Love is a poet as well as a playwright, so the writing is absolutely beautiful.

Chinaza:
I was just so moved by the play. By the poetry, and by the care Donja used in picking every single word. Donja cares about these characters, about these people about acknowledging their specific existence—about honoring their love, their strength, their laughter and their fear. You fall in love with the characters and their ability to find and show and share love under the most difficult circumstances.

What was your first impression of your co-star?

Sheldon:
I don't remember my first impression of Chinaza; we met years ago in passing, maybe at an audition. But my first thought when I found out we'd be doing this play together was, "Finally!" Many plays have only one black man our age in it, so many of my friends and I have never gotten to work together yet.

Chinaza:
Since the first day of rehearsal he has been so open and vulnerable—sharing his own stories and experiences. I never felt like I had to work for his trust. He has been all in since day one.

What’s your favorite moment you guys share in the show?

Sheldon:
I really love when we get to laugh together. We get to have some really joyful moments onstage, and it makes me wonder what inside jokes those real live James and Henrys whose histories have been erased might have had. What might they have talked about in their quiet moments? And how might one of them have looked at the other when they remembered that thing that made them laugh so freely together?

Chinaza:
There is a moment in the play where we are both lying on our backs, looking at each other and just laughing together. Just being. “It do feel nice.”

What’s been the most memorable performance so far?

Sheldon:
Each performance where there are lots of black people in the audience has been incredibly memorable. The responses to the truth, the love, the wisdom, and the pain in the play have been wonderfully palpable. And when that happens, the play feels alive in a new way. The theater begins to feel like a church and the play feels like it is ministering to a need for people who don't always get to see their stories told by them and for them.

Chinaza:
We have had some amazing audiences. Especially when we have the LGBTQ community and black community in the house. I can’t describe it. It’s just the best. The play sings and they sing (shout, snap, clap) back, literally.

What’s the most important thing Donja said to you to influence or shape your performance?

Sheldon:
The first day of rehearsal, Donja brought in a card depicting a young man who was enslaved. He read us what he knew about him and talked about how he wanted to honor the individuality of the people who are often seen at as a monolith. It set the tone for us to find out who these people were, what their idiosyncrasies were, what hopes they had, what their pet peeves were, helping us create whole people instead of the idea of people.

Chinaza:
He always brought the ancestors into the room. He always kept us grounded in the WHY. The play is for them and for those struggling to be seen and heard today (and in the future). Remembering that helps to keep you out of your head (and in your heart).

Sheldon:
I have lots of rituals to get my body and mind ready to tell James' story. One ritual on this show has been listening to music James might have heard growing up.

Chinaza:
I stretch and I listen to choirs sing. Try to chill my mind out and make space for Henry. He likes to take up space. 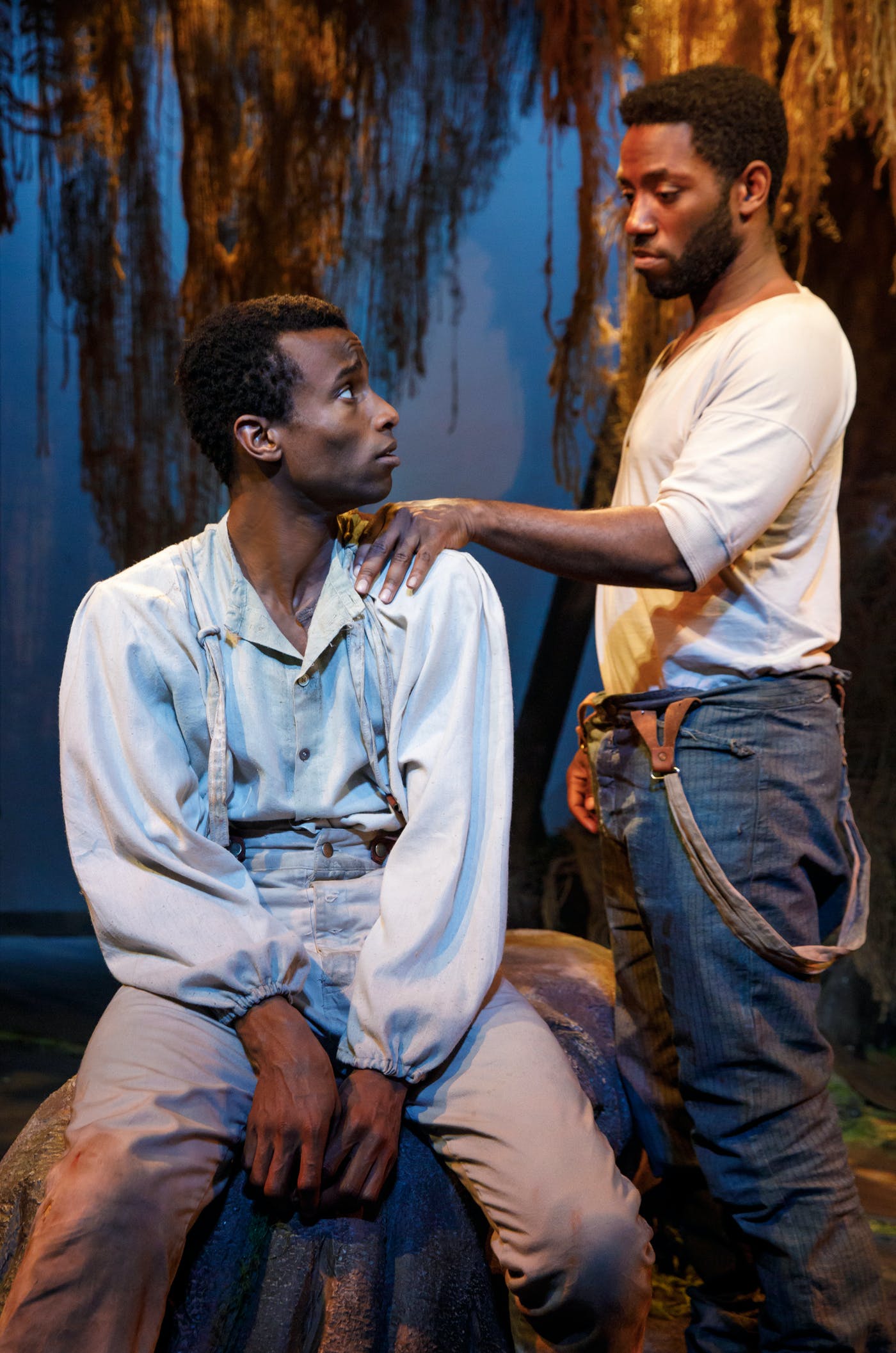 
Don't miss Sheldon & Chinaza in Sugar in Our Wounds at New York City Center through July 15.

Sugar In Our Wounds
Best Priced Tickets
Newer
SpongeBob SquarePants Standout Kyle Matthew Hamilton Is a Dope Blend of Skater, Surfer, & Under the Sea Cartoon Character
Older
20 Questions in 2 Minutes with Once On This Island Star Isaac Cole Powell