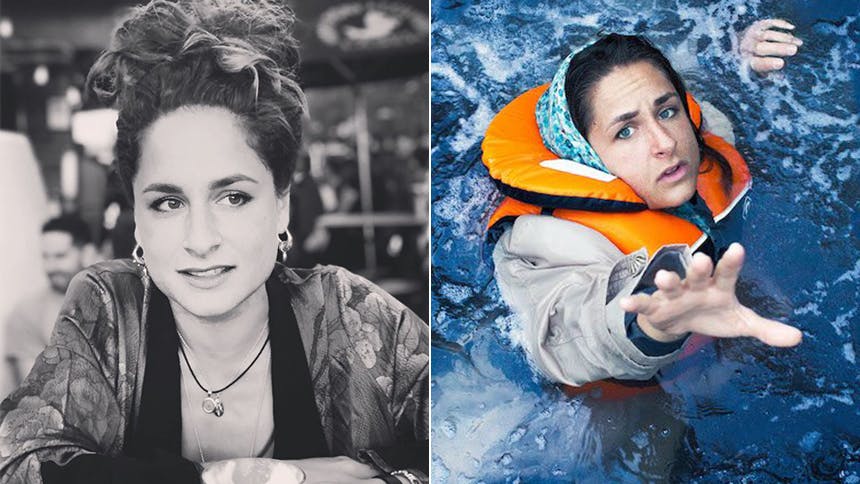 , a new play inspired by actual interviews with refugees that examines celebrity culture and the West's apathy of the Syrian crisis through intersecting monologues by a British press photographer and a Syrian graffiti artist. Avital has been with the production since the first run at the Edinburgh Fringe, traveling with the show to Adelaide, Australia and to the Spoleto Festival in Charleston, SC. Below, BroadwayBox gets to know the acclaimed new star as she talks about engaging and educating audiences, her own personal history, and her goals for a summer in NYC. 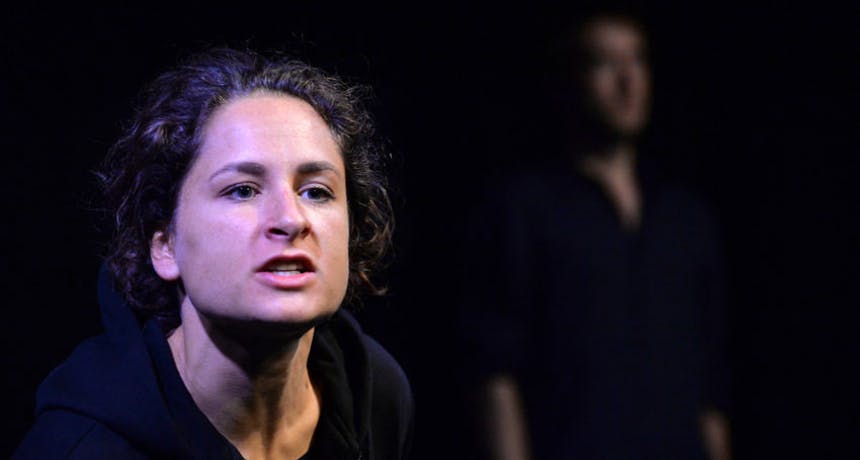 
1 . How did audiences at Edinburgh receive the play? What did you hear most often after performances?
There were usually one of two reactions: Either they came out crying or completely numb because of the shock at the end of the story.

2. What feels most personal about Borders?
When I was 3 years old, my mother and my grandmother sold everything they had and moved from Latvia to Germany soon after the Soviet Union collapsed. It’s nowhere close to what my character Nameless goes through in Borders— but I've personally experienced being displaced - and so leaving my home country—and everything that's familiar—for the unknown is in my personal history, and the history of my family.

3. What’s the biggest challenge in a piece like this?
The balance of self criticism of our western faults and finding the compassion for a culture that is not our own.

4. What’s been the biggest reward?
The applause at the end and people’s tears and hugs... But first and foremost when you get to change someone’s view on this humanitarian crisis.

5. What’s a piece of political theatre that changed you a bit the first time you saw it?
Yael Farber's Mies Julie, adapted from Strindberg. It was a visceral and gutsy production, showing that 20 years after the abolition of Apartheid—nothing has changed.

6. What research did you do to inform this performance?
Henry and I were lucky enough to meet several Syrian refugees whilst doing the Angel run at 59e59 theatres last year. As an actress, it is a gold mine to be able to talk to real survivors of the conflict, looking them in the eyes, connecting to them—and hopefully truthfully translating that into art, and a narrative other people can understand and relate to.

7. How do you decompress after a performance?
Dressing back into my own clothes remind me of who I am. But also meeting people after the performance and listening to their point of view on the subject reminds me that we are all in this together.

8. What are three things you want to do in NYC while you’re here for the run?
Explore NYC by bike; soak in its electric energy; and see as many shows as possible.

9. What did your experience with the acclaimed solo play Angel teach you about yourself?
A. There are no borders to what you can achieve.
B. Never compare yourself to other people. The only person who can be better or worse is only you yourself.
C. Angel, and Henry’s writing in particular, taught me about the richness of the human condition. Since I’ve worked with him, I stopped judging people in ways I did before. Doing Angel taught me about true compassion.

10. What do you hope New York audiences walk away from Borders?
I hope we can make our audience understand that we all need to work on our compassion and understanding of humanity. Because at the end of the day, we are all brothers and sisters; ignorance is sin. If we can change even one audience member's view on the refugee crisis, we have succeeded.

Newer
20 Questions in 2 Minutes with Once On This Island Star Isaac Cole Powell
Older
Friday Playlist: The Off-Broadway Musicals That Rock Your World Then & Now