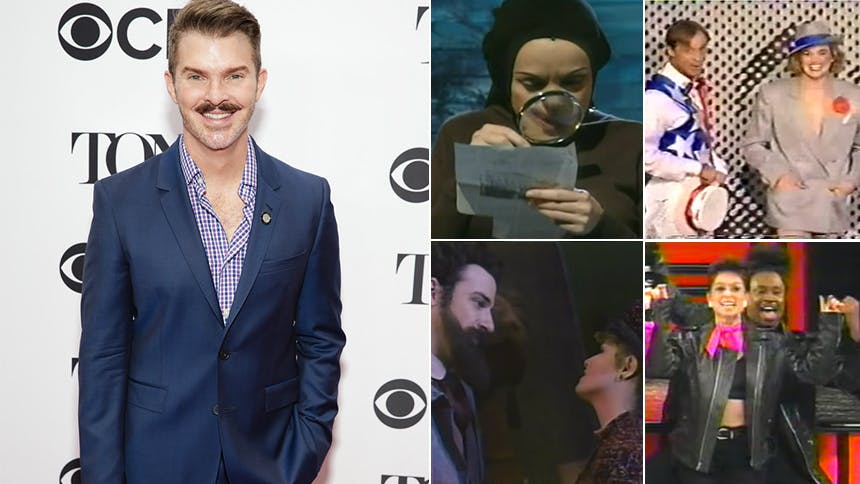 Choreographer Denis Jones gave Broadway audiences one of the most thrilling moments of the year, Holiday Inn's "Shaking the Blues Away" showstopper. For his work on RTC's new Irving Berlin musical, Jones is now a 2017 Tony Award nominee for Best Choreography.


The in-demand choreographer has two shows to get very excited about this summer: Thoroughly Modern Millie at Goodspeed (running through July 2) and Mary Poppins at Paper Mill Playhouse (running May 24-June 25)

Congratulations to our incredible choreographer for Mary Poppins, Denis Jones, on his Tony nomination for Holiday Inn! Could not be going to a more gracious and wonderful human. What a joy. @papermillplayhouse


We'll start with a guilty pleasure. My first Broadway show and my first time on the Tonys. It was such a special night. Plus, Megan Mullally is impressive (if borderline aggressive) with a hula hoop. It really makes me smile.


Seven incredibly powerful women just putting in right in your face. No apologies. And when they start flashing jazz hands around their lady parts, I lose my mind.


”Favorite Son” is an AMAZING number. I find it almost hypnotic. It's like math, only really fun and with patriotic outfits and tambourine hats. Genius.


Every moment in this number is essential—beautiful tension leading to the creation of a perfect thing. It gives me chills.


I mean, come on, that's a BRILLIANT performance, Plus, I'm sure there were people flipping around channels that night and landed on the Tonys, wondering, "What the..."


To be fair, I saw the show 9 times. It gave a voice to the New York that I was young, poor and confused in. I was completely blown away by their performance.


Design, dance, message. I start to lose it when the giraffes come on, and they are the first ones on...but when that elephant comes down the aisle, forget it. I don't cry often, but that elephant...


The raw angst of youth. Perfectly staged, and performed with brutal honesty. Completely knocked me out.

2. “Brotherhood of Man”, How to Succeed in Business Without Really Trying, 1995


When Lillias White starts to scat, or gets those guys to clap on the 2 and 4, or says "sister"??? Sublime. And could Matthew Broderick be any more charming?


What's there to say that hasn't been said? I watched in when I was in junior high school and it was as if Jennifer Holliday jumped out of my parent's television. I'd never seen anything like it. Magnificent. I'll never forget that moment.