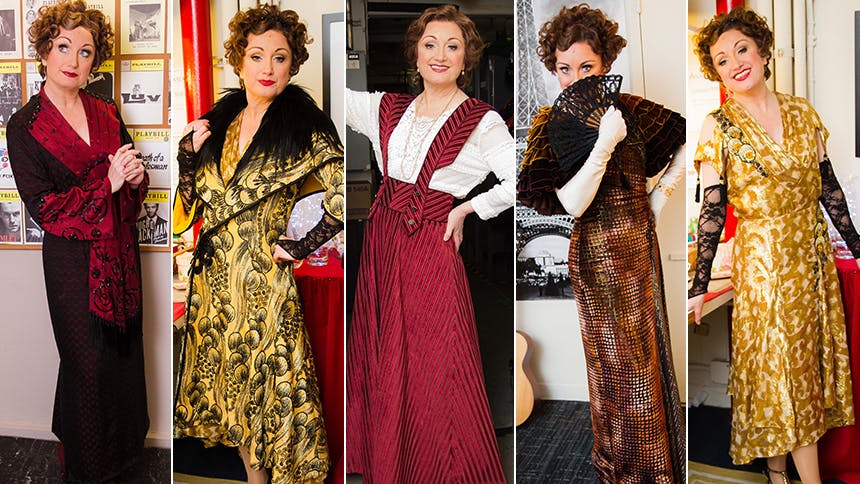 . Her performance earned her an Outer Critics Circle Award nomination for Best Featured Actress and a Drama League Award for Distinguished Performance.

Caroline is royalty in her own right thanks to a long and acclaimed international stage career that includes starring roles in London, Paris, and Australian productions of West Side Story, A Chorus Line, Mack and Mabel, Anything Goes, Chicago, Sweeney Todd, Into the Woods, Damn Yankees, and Piaf. The two-time Olivier nominee also made memorable appearances in the movie musicals Moulin Rouge and De-Lovely.


Scroll on as Caroline O’Connor shares with BroadwayBox all her fabulous Anastasia costumes—each a testament to 2017 Tony Award-nominated designer and previous Gentleman’s Guide Tony winner, Linda Cho. Big thanks to Kristen Smith Davis for the incredible shots of Caroline! 🙌 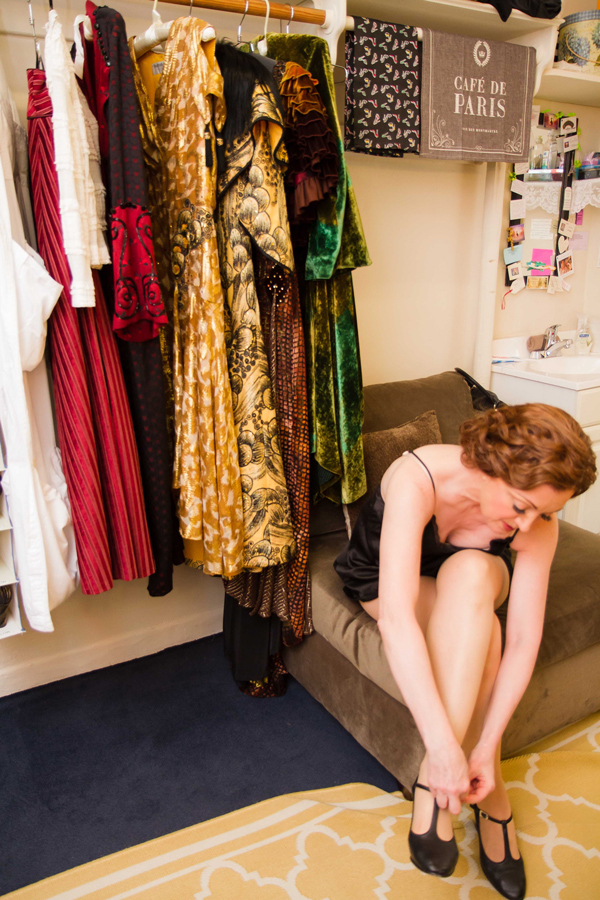 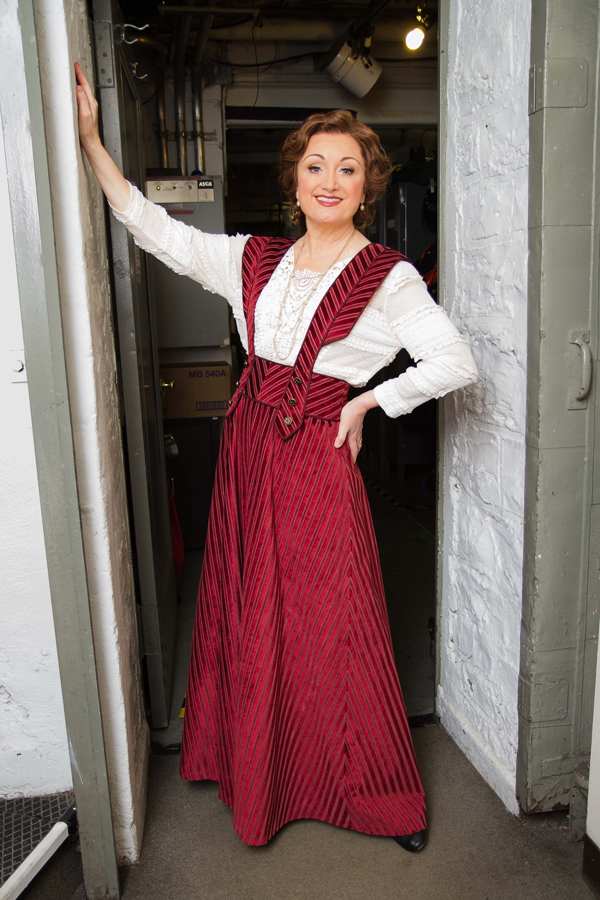 My first costume is a new addition to the Countess Lily wardrobe. When the show opened in Hartford last year, my character didn't appear in Act 1, but when the show came to Broadway, Terrence McNally wrote in a new entrance, so an additional costume was created. It is only onstage for about 30 seconds!


In the Dowager’s Apartment 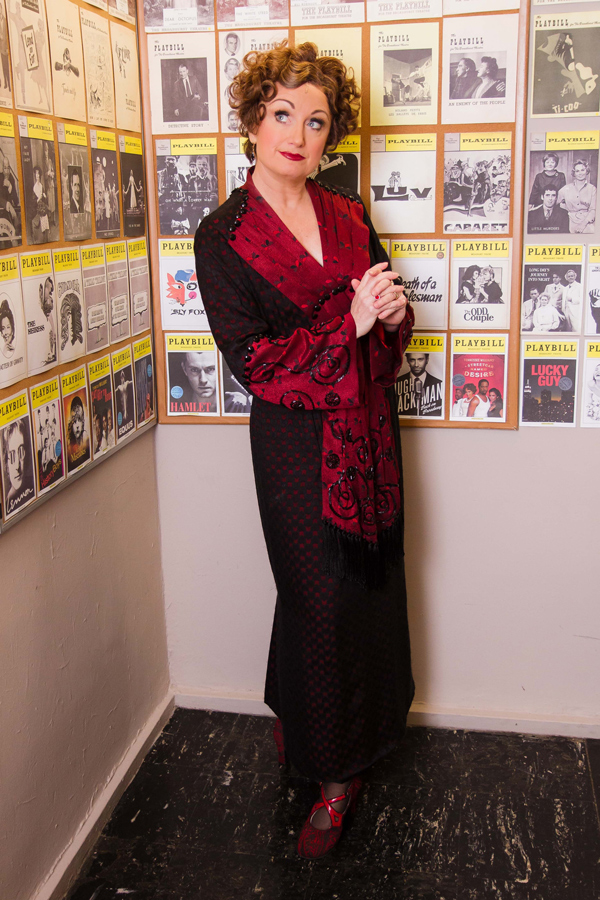 Another new costume, which sets up my character beautifully as the dutiful lady in waiting.  Now that Lily is living in Paris, you get the sense she has embraced the chic fashion of the 20's. I also love the style of my wig (by Charles LaPointe ) in Act 2, which is very different to the original in Hartford. This feels more fashion forward and I love the slightly kooky look. It had a big impact on how I characterized Lily.


At the Neva Club 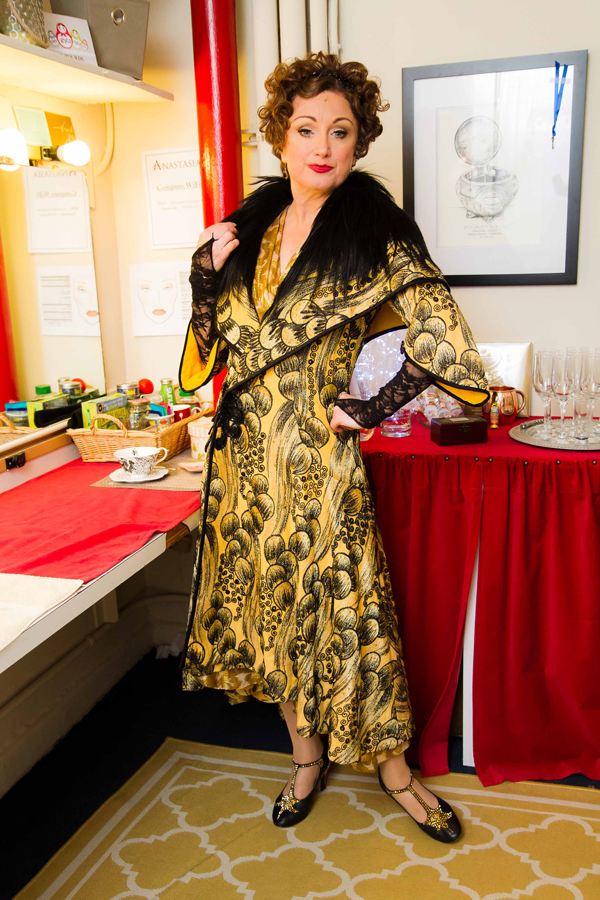 I just adore this coat. The colour, the detail, the shape. I wear it to enter the Neva Club in Paris. A social bar where Russians can get together and commiserate, inebriate and drown their sorrows together. This look and scene, shows the other side of Lily. The party-loving, fun Countess. 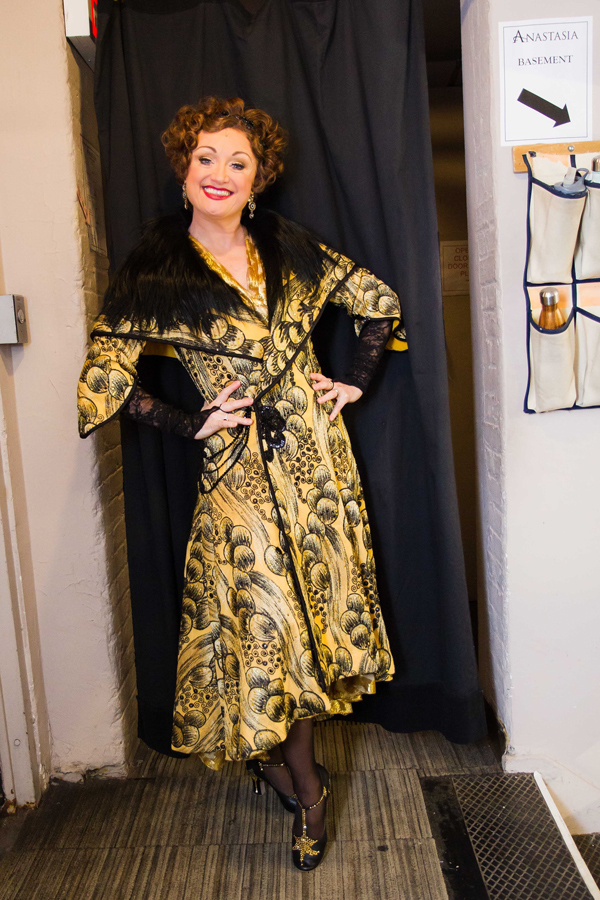 Dancing at the Neva Club 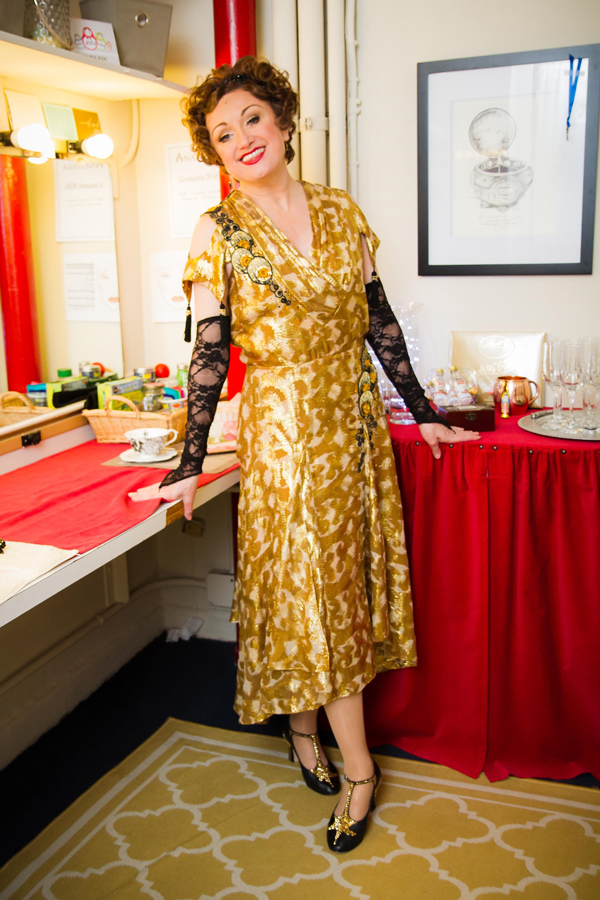 Originally, this was just a slip dress to be worn under the coat, but once rehearsals began and Peggy Hickey started choreographing the "Land of Yesterday" number, it was clear that there would be a lot of dancing and lifts, so the coat would have to come off ! The Gold dress was embellished with some embroidery, tassels and accessories like stockings & suspenders, gloves and a beaded headdress. And Voila! A dance dress was created.

I also wear it in the Parisian garden when Lily rekindles her relationship with her ex-lover Vlad, during the number "Countess and the Common Man", which also contains a lot of dancing—including tango, which I love. Check out the black and gold shoes that have been bedazzled.


All of the fabrics used in the show seem to be unlike anything I've ever seen. And this gown is no exception. It changes under the lights! And the detail in the sleeves must have taken many hours. Every costume also has a specifically chosen set of jewelry that completes the ensemble. I also love props, so the fan is fun to have.


At the Press Conference 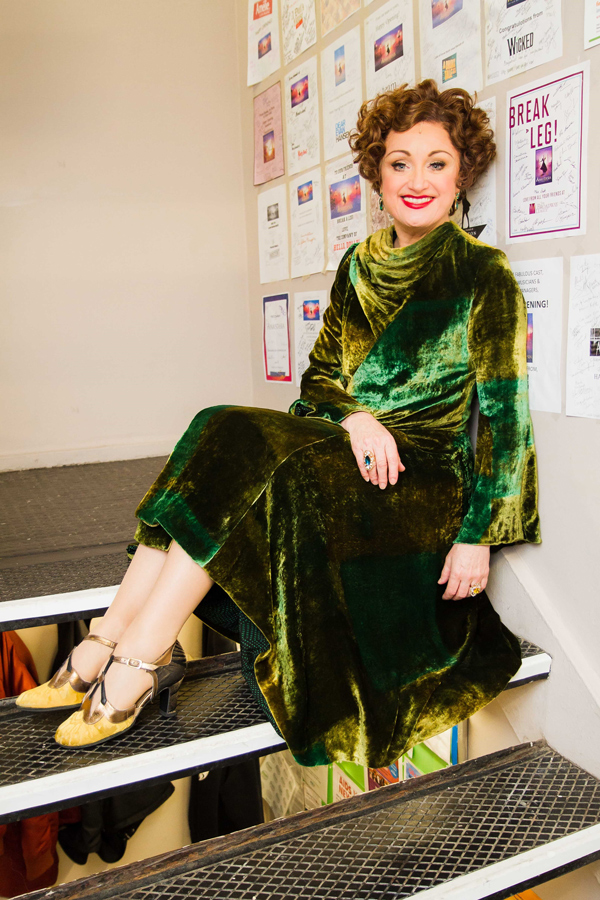 Would you believe this dress was originally worn by Christy Altomare (our Anya/Anastasia) when we were in Hartford, but now I wear it in the Press Conference. I also love all the shoes I wear.  Phil LaDuca has created some of the most exquisite shoes to match every outfit. I think these gold ones are my favorite!


I really don't know what I would do without my dresser, Lauren, and my wiggy, Jessica. They make all the changes (and some of them are very fast) a lot of fun and stress free! It's been so exciting to create a new character in a brand new musical and I'm thrilled to bits to be in this extraordinary production of Anastasia.