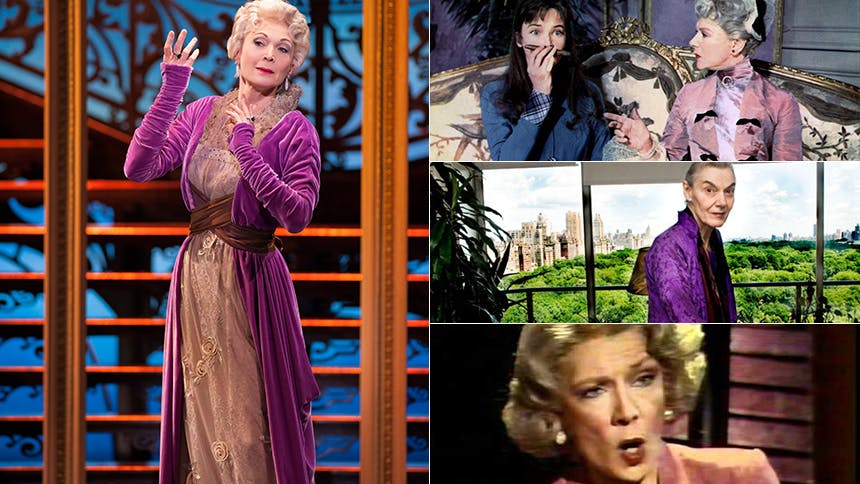 Three-time Tony nominee Dee Hoty (Will Rogers Follies, Footloose, City of Angels, Whorehouse Goes Public) is back on Broadway as the deliciously glamorous and haughty Aunt Alicia in the musical revival Gigi. A former European courtesan, Aunt Alicia is a lady who likes nice things (jewels, fashion, cold lobster) and hopes to impart the wisdom she learns on her beautiful young niece, Gigi.


The role is just plain fun (Isabel Jeans is a gem in the 1958 film), but in Hoty’s capable hands Aunt Alicia becomes one of the more dynamic and interesting featured characters of the spring season. Below, Hoty shares with BroadwayBox her three major inspirations or building blocks she used to create this memorable character.

I’m just having the best time. [Director] Eric Schaefer said, ‘Just go for it.’ And I said, ‘Alright, I’m going to push this.’ I think she’s a grand lady from another era—she’s described as larger than life and someone who enters a room expecting everyone to look at her and not stop looking at her until she leaves the room.

I usually start with the text—the words on the page. I go through the script and the lyrics and circle or highlight everything that anybody says about her or anytime her name is mentioned. I look up words and pronunciations. Heidi [Thomas, above] used this specific language, especially for Aunt Alicia—there’s a lot of alliteration, which I love. So then I read it out loud, sometimes I put myself on tape and just live with it in the room.

The next thing is all the wonderful character actresses and leading ladies who morphed into their characterness. In this particular instance I began with the great Isabel Jeans, who created this role indelibly on film; I didn't know she was a big silent film star and a great beauty of her time so it was cool that she played Aunt Alicia, the famous and aging courtesan.

When I grew up, I wanted to be Angela Lansbury and Roz Russell and Carole Lombard and all those women who were so interesting and funny. As a leading lady you don't get to be funny. You set up the leading man, that’s the job; so as I morphed through my leading lady-ness, I have just taken great joy at being funny or arch or mean or smarter than my own good. I also draw from my childhood experience at the Cleveland Playhouse. It was a resident company and there was an actress named Edith Owen, and she was this grande dame of the company. I learned so much from her about the business of the business. And Sheila Smith, a great Broadway standby—two wonderful Cleveland broads who have a touch into the ‘30s and ‘40s.

And not least of all those women was our recently departed Marian Seldes. I didn't really have an idea of where to start with Aunt Alicia because I hadn’t been involved in any readings or workshops and I didn't know what the take was on her. And I owe a debt to Roberta Maxwell who gave me the idea, ‘Remember Marian, darling. Remember how she really never left the stage until the last tip of her finger left the light.’ And I thought, ok that's a place to start. And now I think of Marian every night. It’s part of why I do this thing with my hand when I do an exit.

The last thing is always trying to find the humor in what I do. Not “haha” jokes but characters finding their joy. If you can’t look at life with a sense of humor you are doomed to a dull and sad life.

Head over to Broadway’s Neil Simon Theatre to see Dee Hoty glam it up and revel in her characterness in ‘Gigi’.