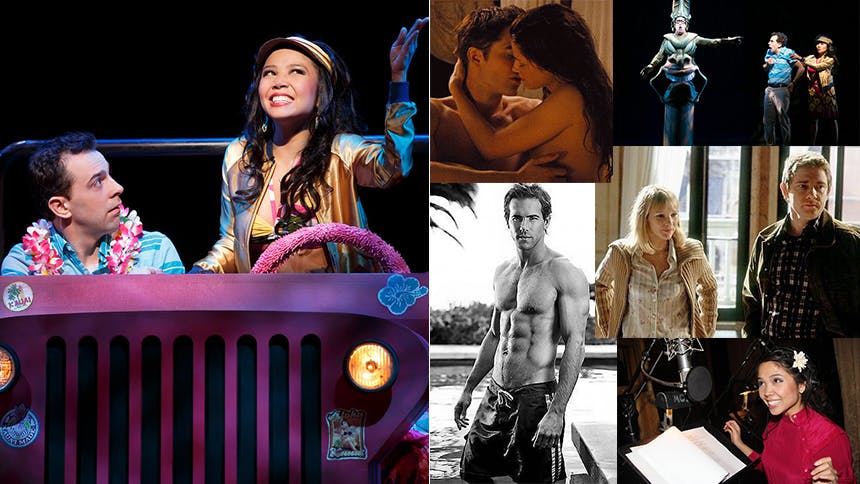 Catherine Ricafort drives audiences wild at Honeymoon in Vegas with her hilarious Act II showstopper “Friki-Friki.” Ricafort appears in the second act of the new musical as Mahi, a local Hawaiian tour guide with ulterior motives. The number, in which Mahi attempts to seduce the very faithful Jack Singer (Rob McClure), is catchy as hell and Ricafort leaves it all on the stage with her hysterical delivery.


Below, Ricafort takes on seven questions all about getting "Friki-Friki."

1. Most fun part of my number “Friki-Friki:”
Jumping up on Rob McClure, then shimmying upside down while belting the end of my song! I have a really a great view of the theater from there, you should try it sometime. But pretty much the whole number is a blast to do, because with each new line, I get to surprise the audience more and more as I unveil who Mahi is. I love surprises!

2. Quality I admire most about Mahi:
I really admire Mahi's sunny, "no problem" disposition! Even when she is alongside Jack and facing insane problems like a getting rid of a crazy dead mother's curse, facing airport ticket agents who can only route you to Atlanta, or trying to win a fiancé back from Tony Danza in tap shoes with a ukulele, Mahi smiles through it and finds a solution, making hilarious jokes all along the way.

3. Best pop song to get “Friki-Friki” to:
Jason Derulo's "Talk Dirty to Me". I could dance all night to that! Also, R Kelly's "Ignition Remix". That's my jam.


4. The steamiest “Friki-Friki” scene in a movie:
Any scene involving Bella and Edward in Twilight.

5. The most ridiculous/funny “Friki-Friki” scene in a movie:
In Love Actually, that scene where the two body doubles shyly ask each other out while completely naked is hilarious.

6. When I talked to Jason Robert Brown about this number, he said:
Jason told me that he and Andrew Bergman decided to change the role of Mahi (played by Pat Morita in the film) into a young woman, because there were too many male characters in the show. I'm glad they made that change, because Mahi is a dream role for me to play: I get to sing, dance, act, and make people laugh, all while wearing a fabulous pink Hawaiian outfit with a matching Jeep!


7. Celebrity I’d totally try to seduce in a car in the middle of Hawaii:
Ryan Reynolds.

Head over to Broadway's Nederlander Theatre for a good laugh as Catherine Ricafort tries her best to seduce Rob McClure in Honeymoon in Vegas.