Friday Playlist: Brian Quijada's Where Did We Sit on the Bus? Mixtape 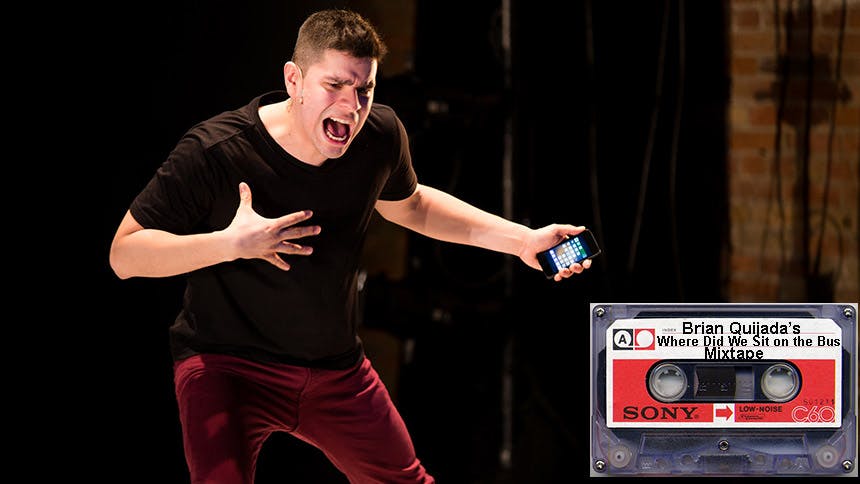 After an acclaimed run in Chicago, 27-year-old Brian Quijada makes major waves off-Broadway with his one-man-show Where Did We Sit on the Bus? The play follows Brian growing up as a Latino kid in Chicago and trying to learn where his heritage fit into America’s melting pot, and it's told through a blend of Latin rhythms, rap, hip-hop, spoken word, and even a looping pedal.


In one section of the show, Brian talks all about how he learned to dance and the influence Latin party music and Michael Jackson music videos had on an impressionable young Brian. So to get us in the mindset for Where Did We Sit on the Bus? and to kick off a lovely fall weekend, Brian curated this week's Friday playlist, which will get you up and moving.

"To me, this list is an introduction to the music I was brought up with, including some of my heroes and music that makes me get pumped. I wanted the pre-show to demonstrate some of the music of my youth.”

Don't miss Brian Quijada's funny, illuminating play Where Did We Sit on the Bus? at Ensemble Studio Theatre through October 9.