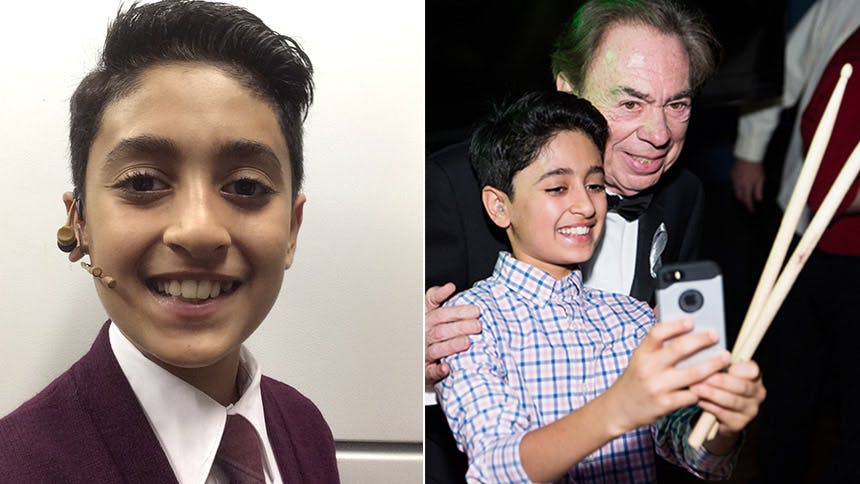 Raghav Mehrotra makes his Broadway debut as School of Rock

drummer extraordinaire, Freddy. Mehrotra has been performing since he's four years old, and joined the cast after attending an open call in NYC. Read on to get to know the young talent as he talks SOR stage door, Alex Brightman, and the importance of breakfast on a two-show-day.

1. Moment in School of Rock I feel most like a rock god:
When I walk out the stage door

2. My favorite thing to do backstage at SOR:
Listen to music.

3. Three things I need for a two-show-day at School of Rock:
A) my steamer
B) voice rest
C) good breakfast

4. Moment I knew I wanted to perform:
When I got in line for the School of Rock open call audition in NYC.

5. If I had to rename the School of Rock band, I’d call us:
The Rebels.

7. Most played album on my phone right now:
We Like It Here, Snarky Puppy.


8. One thing I’m really passionate about outside of performing:
Playing drums .

9. In 10 years, I hope to:
Be a recording artist touring with my band.

10. As a performer, I am inspired by:
Alex Brightman.

Get to Broadway’s Winter Garden Theatre to see Raghav Mehrotra in ‘School of Rock’.