A Look at the Eight City Center Encores! Shows That Moved to Broadway 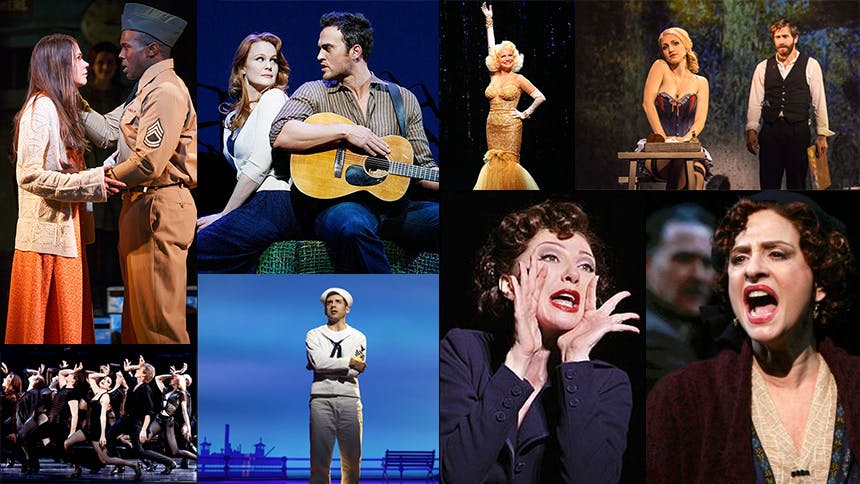 Tonight New York City Center’s Encores! kicks off its 25th birthday celebration with the original musical Hey, Look Me Over!, running at City Center through February 11.


In its 25 years, Encores! has become something of a breeding ground for Broadway. Each show is swarmed with a buzz and excitement from the theatrical community as if it might be Broadway’s next big thing. Below, we look at the eight Encores! productions that made the leap from City Center to Broadway.

This one is a tough call because it took the longest path to B'way. Director John Rando first staged the musical at Encores! in 2008 with an entirely different company, save Tony nominee Tony Yazbeck as Gabey. Then he brought On the Town to Massachusetts’ Barrington Stage and then to Broadway, where it received Tony nominations for Yazbeck, Rando, Best Revival, and Joshua Bergasse's choreography.


The latest Encores! transfer boasts no Tony noms or wins because the limited revival starring Jake Gyllenhaal and Annaleigh Ashford opted not to participate in the awards races. Rather the stunning production that opened Broadway’s new Hudson Theatre must remain in the hearts of those lucky enough to see it.