Seven Questions About the Legacy of Ain't Misbehavin', The Joy & Heartbreak of The Wiz, and More with Tony Nominee André De Shields 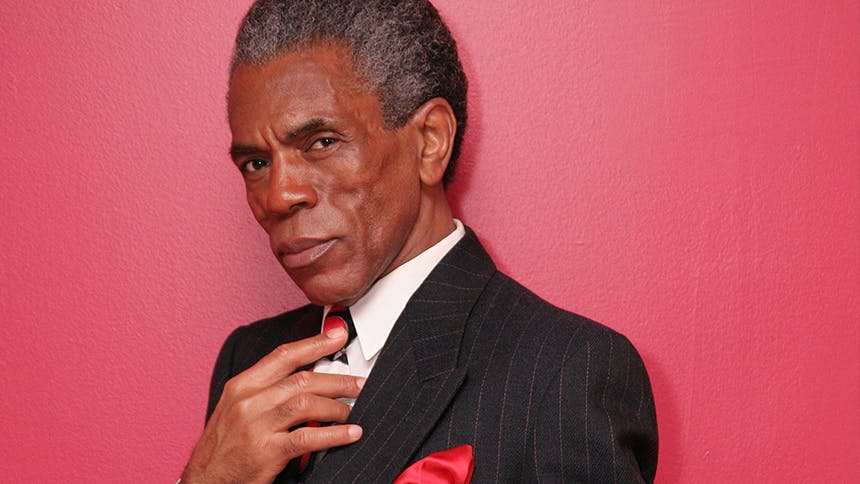 Emmy winner and two-time Tony nominee André De Shields returns to the Fats Waller musical Ain’t Misbehavin’ (for which he received a 1978 Drama Desk Award nomination), this time not as the star but as the director and choreographer. The legendary performer is at the helm of the NJPAC and Crossroads Theatre Company co-production running at NJPAC's Victoria Theater through February 4.

BroadwayBox caught up with the multi-hyphenate star to discuss returning to the musical, his experience with The Wiz, and how he picks his projects.

1. What did you learn about Ain’t Misbehavin’ as a director that you were unaware of when you starred in the show?
As one of the five original stars of Ain't Misbehavin' on Broadway, I was foot-loose, fancy free and livin' the dream. Now that the script has been flipped, and I own the responsibility of gifting the Misbehavin' legacy to a new generation of actors, I am acutely aware of how important the concept of democracy is to the theatre craft. I am not referencing the simplistic conditions of democracy, such as, the greatest good must be done for the greatest number of people; although that ideal is significant to all creative collaboration. Rather, as director of Ain't Misbehavin', I have learned that I must provide an environment of compassion, forbearance and sufficient openness to embrace seemingly the most trivial enquiry. I have learned the subtle but significant difference between double entendre and bon mots. And, probably more than anything, I have learned that "one truly never knows, do one?"


2. What’s your favorite backstage memory of Broadway’s Ain’t Misbehavin’?
My favorite backstage memory of Ain't Misbehavin' on Broadway occurred at the Longacre Theatre. There I was at the top of the second act, dancing "The Viper's Drag," as if I were the beguiling snake in the Garden of Eden, and singing "The Reefer Song," which relates the story of a weed-head, who dreams he's getting stoned on a five-foot-long-joint. Sitting approximately seven rows from the apron of the stage—which had been designed with a lip that invaded the first orchestra row—were the then President and First Lady, Jimmy and Rosalynn Carter. They visited backstage immediately following the show, resulting in endless photo ops. But, it gets better. Prior to the first couple being seated, their security entourage commandeered the Stage Manager's office as command central. A black, dial, desk phone was instantly installed in case of an emergency. On dial phones a small circle sits at the center of a larger circle of numbers. In the smaller circle of the newly connected dial phone was printed two words—"WHITE HOUSE." At visit's end, everything evaporated, as quickly as they had appeared . . . except for one . . . shiny . . . blunt . . . black object. YES! "The White House" now sits in My House.

3. What do you consider the greatest triumph and greatest heartbreak of your acclaimed stage career?
To date, the greatest triumph and the greatest heartbreak of my career share the same source: The Wiz. TRIUMPH: The Wiz was a game-changing, precedent setting, creative and historical marker on Broadway. Not only did The Wiz finally convince Black America that The Great White Way would not always and forever be inhospitable terrain for Black creative sensibilities, but there also lived at the creative core of The Wiz a righteous defiance that expanded one of life's greatest lessons beyond the exclusive ownership of White America: know thyself; be thyself.

HEARTBREAK: The individual and collective success of Wiz alumni notwithstanding, that the original Broadway cast was not hired for the film version caused the breaking of many hearts, including mine. But, we live, we learn, we heal, we create.


4. You gave such fierce performances in The Jungle Book and The Fortress of Solitude. Were you hoping Broadway would get a chance to see those? Is there one that you really want to do again?
When it comes to performing,"fierce and fearless" most accurately describe my modus operandi. Both The Jungle Book and The Fortress of Solitude are examples of that approach. However, neither project possessed any indicators for Broadway residency. Nonetheless, both productions reside in my memory book in the category of "best efforts." I wouldn't mind another dose of The Jungle Book.

5. What did you love most about choreographing for Bette Midler in the 1970s?
While working in Bette Midler's employ as choreographer, I most loved being witness to how her audiences would receive her with one huge, collective, loving heart.


6. Who is a director that you’ve worked with who really inspired you?
Although it was Geoffrey Holder's direction of me in the titular role of The Wiz that first garnered national attention, it was a six-year-long collaboration with Alfred Preisser—from 2003 through 2009—that represents the longest period of sustained growth as a dramatic actor, resulting in a sea change in how I was perceived by the industry. Alfred and I were allies on a total of five productions at The Classical Theatre of Harlem. The remaining four are King Lear, Caligula, Archbishop Supreme Tartuff and Langston Hughes' Black Nativity.


7. You have such an incredibly varied resume. How do you pick projects? When do you know if one is right for you?
When choosing a creative enterprise, I subscribe to one cardinal rule: will the project benefit from my participation? If yes, I am intrigued. If no, I am unavailable.

Newer
Watch All the Alan Menken Alums Slated to Perform with the New York Pops in “Part of His World: The Songs of Alan Menken” at Carnegie Hall
Older
Exclusive! What Happens When Rod, Avenue Q's Ultimate Broadway Nerd, Lets Loose at BroadwayCon
Sign up for BroadwayBox Discount Alerts