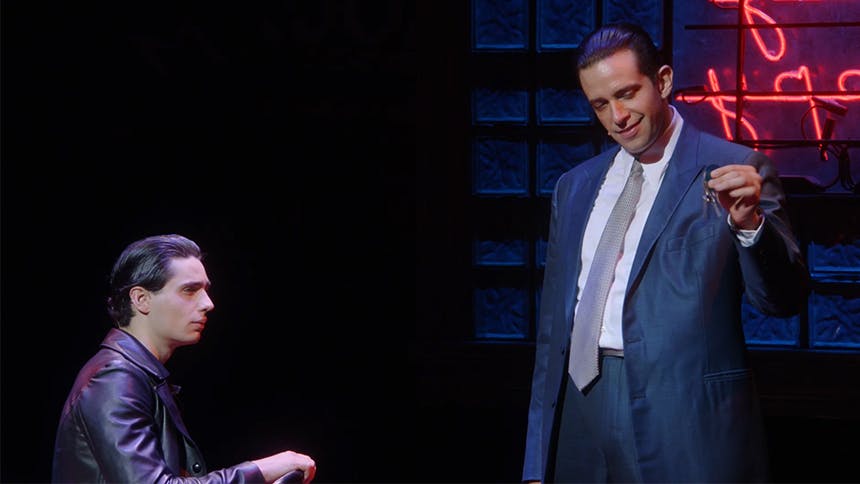 The new musical adaptation of A Bronx Tale is electrifying Broadway audiences at the Longacre Theatre. Growing up with the film, one scene that has always stuck with me was “the car door test” where Sonny explains to Calogero how you can tell if the person you’re with is worth your time, attention, and affection.


So when BBox caught up with the stars of the show, I asked them, what is your version of “the car door test”?

If they are instinctively judgmental. If they are talking poorly about someone I don’t even know, I’m immediately turned off. Why aren’t just joyous in extending love naturally? As long as you can be real but not mean-spirited then we can go down a path. But really New York needs to find a door test for the subway since no one drives. Maybe something like if you stand in front of the door so it doesn’t close on them?

Ya know, I just listen a lot. If you listen and watch—watch what people do as opposed to what they say, in time they will reveal themselves.

The quickest red flag for me is if you cancel a date…or multiple times. ‘Cause you make the first gesture; you cancel once, I get it. You cancel twice….ehh. The third time, you’re out of here. Flakes need not apply.

Well growing up in New York City, I didn’t really have a whole lot of access to driving or a car so for me it was just about finding a way to get someone to trust you or know you can trust someone. Really, I was just lucky to get a date as a kid. If I got someone to say yes, they passed the test.

A sense of humor. An enormous sense of humor and a little bit edgy—a little sarcastically funny. That’s my husband to be honest. He’s the first one to look at me and go, “really?” So that’s a big test for me. And honesty. You have to be true to your word. That’s a big Italian thing I guess.

See the whole gang in 'A Bronx Tale' at Broadway's Longacre Theatre.

A Bronx Tale
Best Priced Tickets
Newer
Hot Clip of the Day: Bette Midler Remembers Those She Lost to AIDS with "In My Life" & "Friends"
Older
Get Ready to LOL & Aww with Matilda's Dynamic Duo John Sanders & Lesli Margherita
Sign up for BroadwayBox Discount Alerts