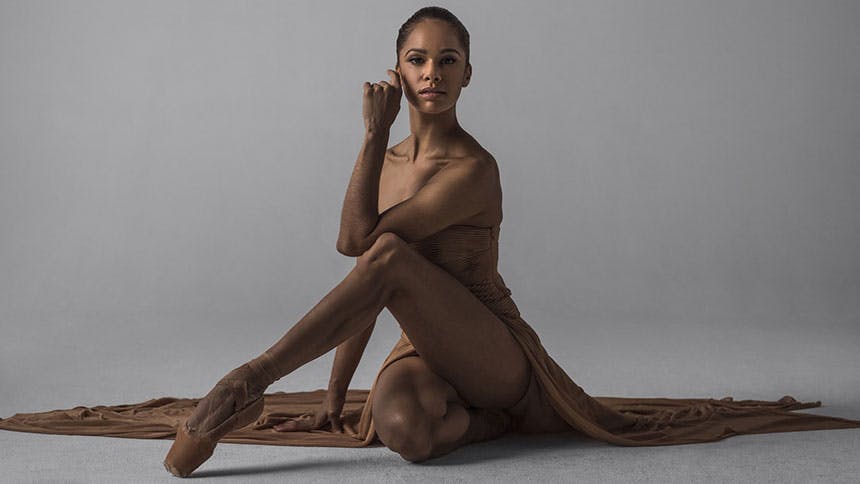 You know who is having an amazing summer? Misty Copeland. The 32-year-old ballet star was recently promoted to be the first African-American principal ballerina at the American Ballet Theater, and next month she will make her Broadway debut as Ivy Smith (Miss Turnstiles, herself) in the dance-heavy Broadway musical On the Town. Copeland will play B'way August 25-September 6. Below BroadwayBox gets to know ballet breakout better and checks out five videos of her in action.

Let's kick things off with a little backstory—why Misty is so cool and why she's clearly on her way to breakthrough status. She graced the cover of Time Magazine's “100 Most Influential People” issue in April 2015, becoming the first dancer in two decades to appear on the famous cover.


Copeland acted as a guest judge on the 11th season of So You Think You Can Dance, she's become a muse to Prince (yes, that "Purple Rain" Prince) and her autobiography Life In Motion: An Unlikely Ballerina was optioned by New Line Cinema for a big-screen adaptation. She's also so badass that Under Armour asked her to star in a series of ad campaigns.


For ABT, she's danced Odette/Odile in Swan Lake and Juliet in Romeo and Juliet. And now that you feel like you know her, let's watch Misty Copeland dance.


See Misty Copeland live in On the Town at Broadway's Lyric Theatre August 25 through September 6.