Caroline, or Change Is Coming Back to Broadway & We're Celebrating with Five Essential Video Performances of the 11 O'Clock Number "Lot's Wife" 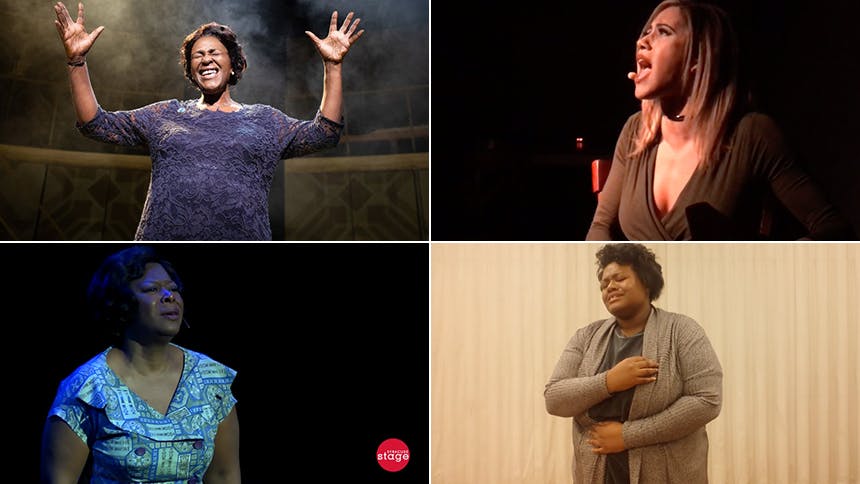 returns to Broadway in March 2020. The sold-out London production arrives at Roundabout Theatre Company's Studio 54 with Sharon D. Clarke reprising her Olivier Award-winning performance as Caroline. Fans of the musical about an African-American maid living in 1963 Louisiana are eager to experience Sharon's version of the epic 11 o'clock number "Lot's Wife" live onstage. Here's her jaw-dropping Olivier Award performance to give you an idea why.


Scroll on as we look back on five other must-see performances of the Caroline, or Change anthem.


We have to kick it off with the Queen. Tony Award winner Tonya Pinkins picked up another Tony nomination for her performance as Caroline in the original Broadway production in 2004. Her rendition is the version that is seared into our memories—can you even sing along without slamming down the iron like Tonya did at the Tonys?


Greta Oglesby starred in the Syracuse Stage production, and her version is very much her own. The acting is really something here. This is clearly a woman at the end of her rope, and it’s absolutely captivating. When she reaches 3:08, it’s next level devastating.


The current Hamilton star sang us her “I Hate the Bus” for her Broadway Bucket List, so obviously we’re rooting for to play Emmie in this revival; but back in 2017 she sang Caroline’s big song at Prospect Theatre. Her version is all about the vocals and those rich tones. No way you’re not getting goosebumps here.


Marisha Wallace was a showstopper on Broadway and now she’s a bonafide leading lady on the West End, thanks to her acclaimed performances in Dreamgirls and Waitress. Here, Ms. Wallace gives us a taste of her Caroline, and she’s bringing it. It’s so passionate and has all the vocal flair you want.


I didn’t know Nicole before this video, but my gosh, does she have pipes. Her performance is so raw, and the vocals don’t quit for a single second. She better have gotten into whatever this was an audition for, ‘cause DAMN!

Don't miss your chance to hear this incredible number live onstage when 'Caroline, or Change' begins performances at Studio 54 on March 13, 2020.