Give It Up for Something Rotten!’s (Not So) Secret Weapon Marisha Wallace 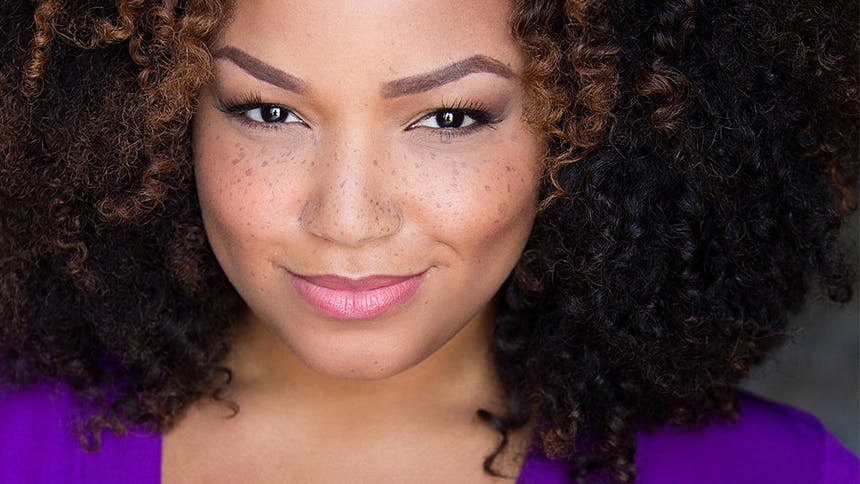 One of the highlights of the already hilarious musical Something Rotten! is the moment in Act II during “Make an Omlette” when Marisha Wallace makes a brief but oh-so-memorable appearance as Eggie White. By that point, anyone with a pair of eyes has been watching for Wallace in every and all ensemble scenes—serving you face, vocals, and popping that Casey Nicholaw choreography.

Wallace made her Broadway debut in Nicholaw’s 2014 hit Aladdin, again stealing so many moments from “Arabian Nights” to “Prince Ali”.

So let’s give it up for Marisha Wallace and her star-sized talents with these 15 videos that will having you living your whole life.

Who can take on Whitney “The Voice” Houston TWICE and walk away victorious? Marisha Wallace.


Finishing off the pop section of our journey with some Aretha.


Her Book of Mormon tour finale was chosen as “Riff of the Day” for good reason. #ImAConvert.


Did we mention she understudies Heidi Blickenstaff as Bea in Something Rotten!. Her “Right Hand Man” begins at 4:50.


Is it ever too early in the day for some “Lot’s Wife”?


While we are in the neighborhood of gargantuan showstoppers: “The Oldest Profession” from The Life


When “Waiting For Life” is giving you life.


A Side Show moment for the nerves. (She’s Daisy on the left)


It’s way too early for Christmas songs, so favorite this one and come back after Thanksgiving.


For the big Marisha Wallace finale: we present Effie White. (Now Casey Nicholaw is attached to a big West End ‘Dreamgirls’ revival, and basically this was all a campaign for Wallace as White.)

Something Rotten
Best Priced Tickets
Newer
For Better or For Worse: Men are from Mars Star Peter Story Breaks Down 10 Favorite TV Marriages
Older
NeNe Leakes Is Mama But What If All of Chicago Were Real Housewives Stars?
Sign up for BroadwayBox Discount Alerts