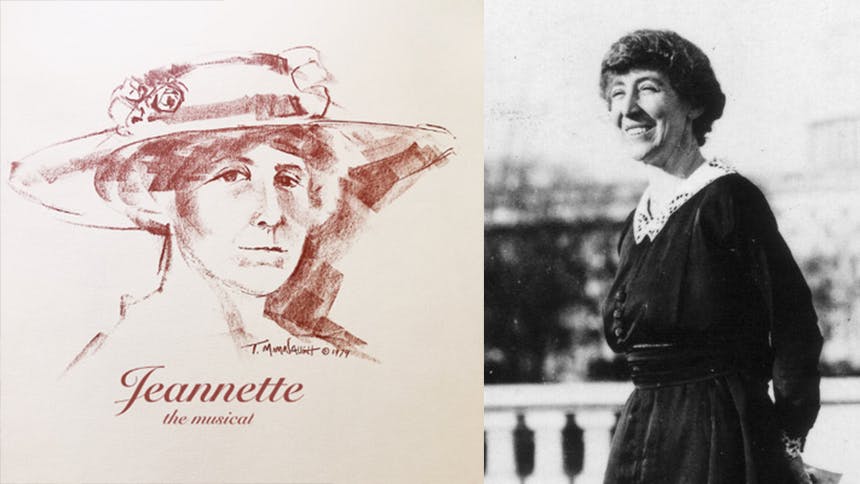 We all know the names of the trailblazing female politicians Susan B. Anthony, Shirley Chisholm, and Hillary Clinton, but how many know the story of Jeannette Rankin?


Jeannette was the first woman to hold federal office in the United States of America. A Republican from Montana, Jeannette was elected to Congress in 1916, years before women could vote federally. A lifelong pacifist, she voted against both World Wars. In fact, she was the only member of Congress to vote against going to war with Japan after the Pearl Harbor attack. Yet, somehow, her groundbreaking story is all but forgotten in American history. This is where Hamilton alum Ari Afsar steps in.

in hopes of bringing this amazing suffrage activist's story to contemporary audiences. The new musical will be presented in a live demo concert at SubCulture for one night only on Monday, July 29. In addition to Ari Afsar, the concert will feature fellow Hamilton alumnus Joshua Henry and Lexi Lawson, as well as Wicked star Jessica Vosk.

A sneak peak at some of the music we have written so far! So excited to share more… #jeannettemusical #newmusical #ariafsar #jeannetterankin


To learn more about Jeannette Rankin, check out these two, short biography videos below.