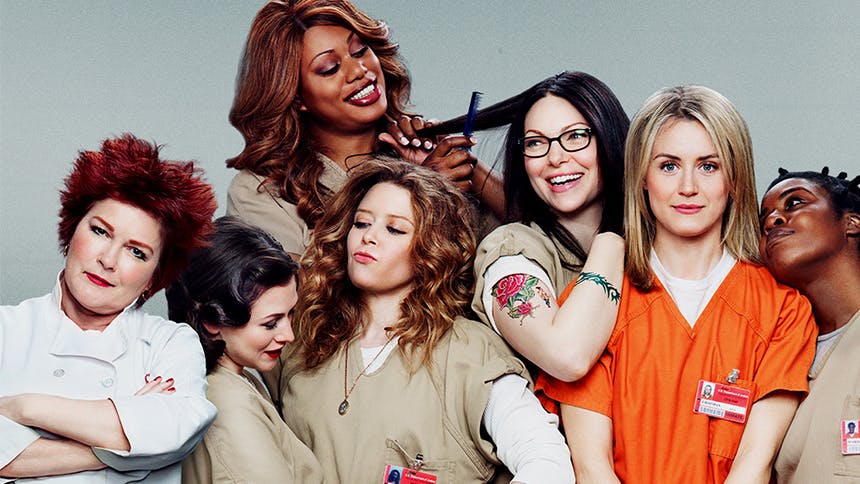 The New York Musical Theatre Festival—or NYMF as its known—is the largest annual musical theatre festival in America, with dozens of concerts, readings, full-out productions and special events taking place all over the Theatre District. But because it’s so big, it’s hard to figure out what shows to make a priority; well, we think we have the solution. We’re pairing your favorite Orange Is the New Black character with the NYMF show we think she would see (because why not?).

NYMF Show: TONYA & NANCY: THE ROCK OPERA Why: It's a musical based on the infamous Olympic "knee whack" scandal so you know OITNB's two baddest badasses would be there to watch it go down. #TrustNoBitch.

NYMF Show: HEADVOICE Why: A show all about a creative person who hears voices in his head and then lets the voices take over, sounds like our Crazy Eyes.

NYMF Show: WHERE ALL THE RIVERS GO TO SLEEP Why: It's a lesbian love story with a hooker twist; Big Boo would break out to see that.

NYMF Show: CLAUDIO QUEST Why: You just know Bennett was a huge gamer (maybe still is) so this goofball would love a video game musical about a hero rescuing a princess.

NYMF Show: DEEP LOVE: A GHOSTLY ROCK OPERA Why: It's a show about a toxic love story that goes so wrong it hurts, and sadly these two ladies are all too familiar.

NYMF Show: MANUEL VERSUS THE STATUE OF LIBERTY Why: It's a powerful boxing musical about immigration, being Latino in America and one boy's dream to succeed—it would definitely strike a chord with this mother of two who can still knock anyone out.

NYMF Show: 210 AMLENT AVENUE Why: The literary-loving Poussey would enjoy the references to Isben, Chekov and O'Neill this musical drama invokes.

NYMF Show: SONGS FOR THE FALLEN Why: The story of a decadent French party girl and her ups and downs would be right up the alley of Litchfield's favorite fallen angel.

NYMF Show: THE CALICO BUFFALO Why: It may look like a kid's show but this musical is all about being born different and staying true to yourself despite those around you.

NYMF Show: ACAPPELLA Why: It's about faith and the power of music and so is Norma. Remember when she sang in the Christmas concert in season 1?

NYMF Show: THE COBALTEANS Why: The show about young friends dealing with the death of another young friend will bring Taystee right back to her time on the streets with Vee and RJ.

NYMF Show: REAL MEN, A MUSICAL FOR GUYS AND THE WOMEN WHO PUT UP WITH THEM Why: Have ya met Healy?

NYMF Show: POPE! AN EPIC MUSICAL Why: That Sister Jane has a good sense of humor; she'd have a blast at this hilarious send up of the Pope.

NYMF Show: SPOT ON THE WALL Why: This cerebral-sounding musical talks about dealing with the pain of your past through art, and there's something about that Yoga Jones would surely be into.

NYMF Show: JOEY CONTRERAS IN CONCERT Why: Pre-prison Soso was all about the coolest, hippest thing and that is for sure the starry Joey Contreras concert.

NYMF Show: SINGLE WIDE Why: This story about finding love and redemption in a trailer park might just bring Pennsatucky to tears #Season3Spoiler.