What If the 2020 Tony Awards Were More Like The Obie Awards? 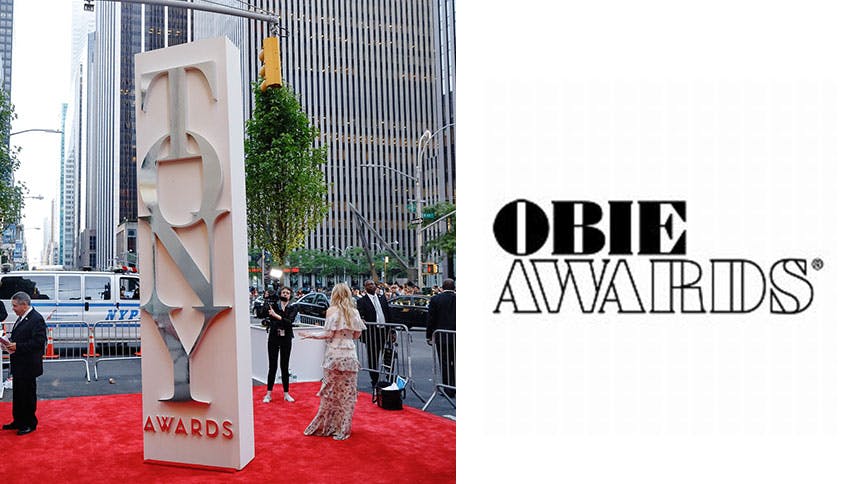 The 74th Annual Tony Awards, scheduled to air live on the CBS Television Network on Sunday, June 7th from Radio City Music Hall in New York City, will be postponed and rescheduled at a later date, in coordination with our broadcast partner. The health and safety of the Broadway community, artists and fans are of the utmost importance to us. We will announce new dates and additional information once Broadway opens again. We are looking forward to celebrating Broadway and our industry when it is safe to do so. #tonyawards


The Tony Awards, which were scheduled for June 7, 2020, have been officially postponed as a result of the COVID-19 pandemic that shut down Broadway. While there’s no word yet on what this year’s Tony Awards would look like, in terms of format or eligibility, I can’t help maybe it should look more like The Obie Awards. Hear me out.

The Obie Awards honor the outstanding achievement off-Broadway and off-off Broadway, and as their website says, “the Obie award categories were made purposefully informal to create limitless possibilities for recognizing personas and productions worthy of distinction. The loose nature of the Obie fosters an award ceremony that is as spirited as the people who began the downtown theatre movement more than sixty years ago.” That’s what Broadway will need after coming out the other side of this: a spirited ceremony that honors performers and productions worthy of distinction.

This unique type of Tonys would and should not be competitive in nature. Obie Award winners do not know they’ve won ahead of time but are invited to the ceremony and then presented an award by a fellow artist or creative. This way, Broadway can still recognize the amazing work done in productions that officially opened before the shutdown. Girl From the North Country could serve as the new cut off show, since it was the last to officially open before the shutdown (sadly, Six didn’t play its opening night). This way Adrienne Warren, Mary-Louise Parker, the genius creatives behind Moulin Rouge, Ivo’s West Side Story, the amazing plays Slave Play & The Inheritance and others could all be given their just recognition. Tony nominators, who have seen the season, could meet and advise on who the Tony recipients should be.

In terms of format, the awards presentation could still include performances from the fall/winter shows and have a host to emcee and introduce the presenters. It could also be a good time and place to award new categories that aren’t currently recognized, like Outstanding Ensemble in a Musical and in a Play.

No matter what happens, any excuse is a welcome excuse to celebrate Broadway after this unprecedented shutdown.